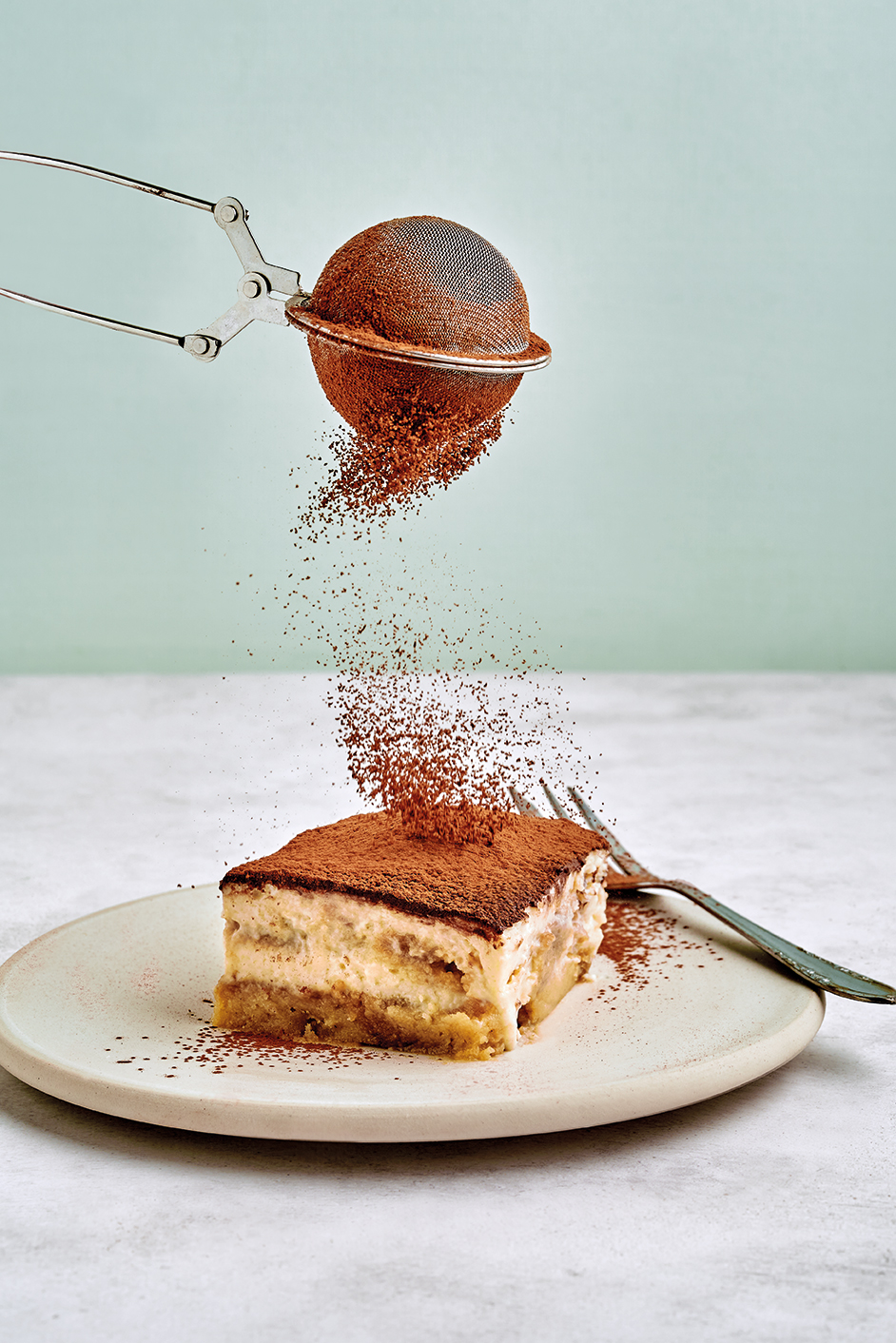 I always think it’s a great challenge to swap regular desserts for vegan desserts. I’ve already made many vegan versions of classical dishes like vegan chocolate mousse and vegan millionaire’s shortbread. Finding a good vegan tiramisu recipe was on my list for quite a while. But all the recipes I saw either had all kinds of ingredients that are hard to find or they seemed super difficult to make. Until I found this vegan tiramisu recipe in the cookbook 50x Vegan Zuivel by Marleen Visser. The recipe and pictures on this page are created by Marleen Visser. She shares many more vegan dairy recipes in her cookbook. For now I’m sharing the vegan tiramisu recipe. Marleen made her own vegan cake to use for this tiramisu, so I’m also sharing that recipe here. But you can also use store-bought vegan cookies or cake if you’re short on time.

For the cake:
Pre-heat the oven to 150C. Mix the flour, sugar, baking soda and a pinch of salt in a bowl. In another bowl, mix the apple sauce with the vanilla essence and lemon juice. Add the apple sauce mixture to the flour mixture. Mash in the margarine, until it’s fully included. Pour the mixture in a parchment lined cake tray and bake the cake for 40 minutes. Let it cool.

For the tiramisu:
Mix the silken tofu, butter, sugar, vanilla essence and lemon juice in a food processor and blend until smooth.

Cut the cake lengthwise in two. Mix de espresso with the Tia Maria and dip both cake halves shortly in the coffee mixture. Put one of the cake halves on the bottom of a cake pan and pour half of the coffee mixture over it.
Spread half of the tofu mixture over the cake layer.
Repeat with the remaining cake, coffee and tofu mixture.
Use the back of a spoon to smoothen the top layer. Sift the cacao powder on top. Let the vegan tiramisu set in the fridge for a few hours.
Optionally you can sift some extra cacao powder on top right before serving.