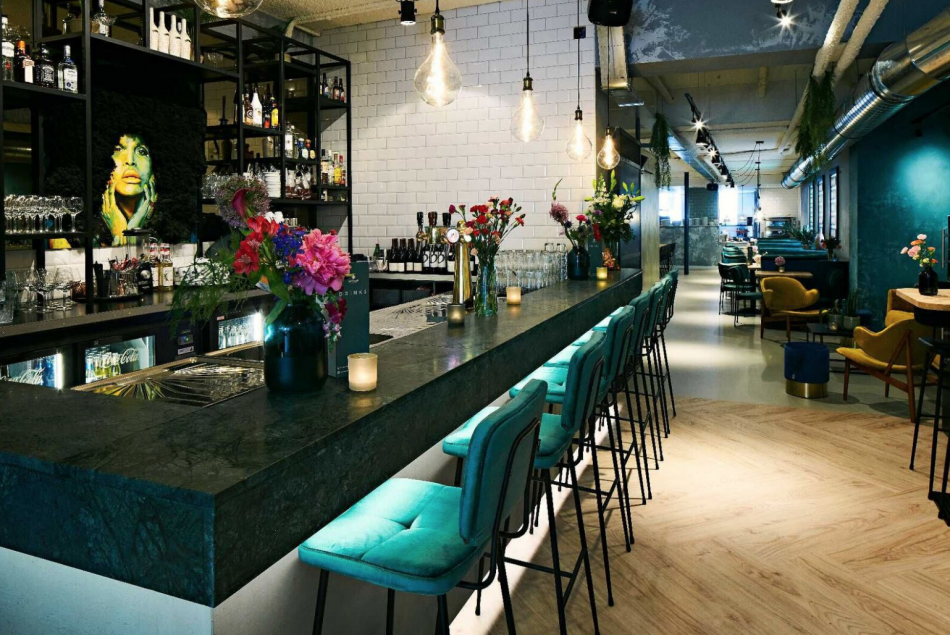 I love healthy fast food restaurant SNCKBR! They opened up their first restaurant in Amsterdam and a second one in Eindhoven (you can read my blog on SNCKBR in Eindhoven here). Their first two restaurants already had many vegetarian and vegan options but the restaurant that will open up in Utrecht is 100% vegan!

All the dishes on the menu are completely plant-based. Besides the food, the interior is also animal friendly! There’s no leather used whatsoever. And the employees wear fairtrade clothing. But the main reason to visit the 100% vegan SNCKBR un Utrecht is of course the food, so let me give you a sneak peak of their menu! A great starter or bite to share from the menu of SNCKBR are these vegan gyoza’s. They’re filled with tofu, mushroom and leek. Vegan Peking Duck! Can you believe it? At SNCKBR they call it ‘Peking Luck’. It’s a bit of an ode to the Chinese restaurant that used to be located in this building.  I remember when I was in Beijing (Peking) and I had the real Peking duck there (before I turned vegetarian) and it tasted pretty much like this vegan Peking duck version! Speaking of vegan versions of traditional dishes. They also serve a vegan ‘beef’ Wellington at SNCKBR, a Mushroom Wellington! It’s made with mushrooms, sellary, red onion and spinach. Those of you who’ve been following me for a while know that I love veggie burgers. I had a vegan burger in Utrecht before at Meneer Smakers and I even went on a quest to find the best veggie burger of Amsterdam! At SNCKBR they also have vegan burgers. I had these two sliders, one is made from black beans, cauliflower and lentils and one is made from mushrooms and red beets. They’re served with French fries and vegan mayonaise. And of course, they also have vegan desserts at SNCKBR! I went for their Chocolate Genache, a chocolate cake with dates and mixed nuts served with a scoop of vegan vanilla ice cream! SNCKBR Utrecht is located in the city center, within walking distance from Central Station and across concert venue Tivoli Vredenburg.
Click here for all my Utrecht favoriets.