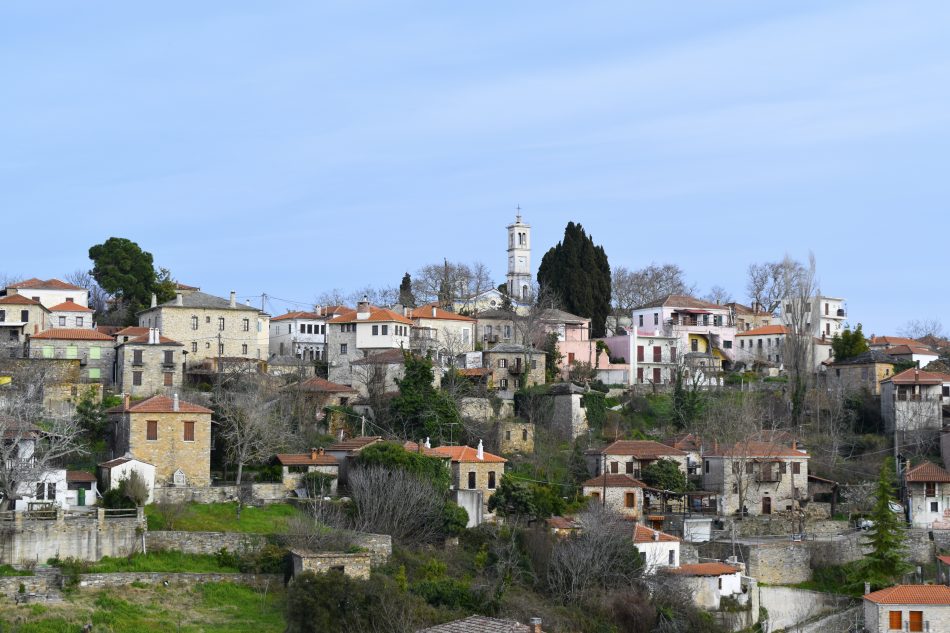 I think Greece is a wonderful country that has a lot to offer. They have beaches and mountains, delicious food and great weather from April to October (and often even longer). While you can find a lot of mass tourism on the Greek islands, the mainland is less busy and at least as pretty.
The Pelion region in Greece is one of those beautiful regions on mainland Greece. You can find the region in between Athens and Thessaloniki and in between the Aegean Sea and the Pagasetic Gulf. On this page I’m telling you all about what to do, what to see and where to eat in the Greek region of Pelion.

The Pelion region, sometimes written as Pilion or Pelium, is a hook shaped peninsula on the East coast of the Greek mainland. It has some great beaches but also beautiful hills and mountains that are great for hiking in the summer and skiing in the winter.
The region is located about 2.5 hours South of Thessaloniki and 3.5 hours North of Athens. You can fly to either one of those cities and drive to the Pelion region. There’s also an airport close to the city Volos in Pelion called Nea Anchialos National Airport, you can fly here for example with Transavia.

Sweet Spoons is a traditional Greek treat that is often served to guests. It’s conserved fruit. Sweet Spoons are especially well-known in the Pelion region in Greece, where every household has at least one jar of Sweet Spoons in their cabinet.
Click here to read more about Sweet Spoons.

A typical drink in the Pelion region is Tsiporou. Tsiporou is a distilled spirit with an alcohol percentage of 40%. It’s a very popular drink in the Pelion region. People would say ‘Let’s go for a Tsiporou’ instead of ‘Let’s go for a beer’. There are over 300 Tsiporou spots in the Volos area. Which is quite a lot for only 200.000 inhabitants. It shows how popular it is.
Tsiporou is more than a drink, it’s almost a philosophy. At the Tsiporou spots you order the drink and you get all kinds of mezze with it for free.
I went to Mezen in Volos to taste Tsiporou and the owner told me that the order of the mezze is thought out and that the food is only served to make you drink more and talk more with your friends. Experience it yourself when you’re in Pelion and go to one of the few hundred Tsiporou bars!

Cities and Towns in Pelion

Volos is the biggest city in the Pelion region in Greece. It’s also a great city to stay when you like to say in a bigger city during your trip.
Around Volos and further into the peninsula are several nice towns and villages that are worth a visit.
Click here to read about nice towns to visit in Pelion.

Pelion is a great region for people that want to do more than sunbathing during their holiday in Greece. There are all kinds of activities that you can do in the Pelion area.
Click here to read about the best activities in the Pelion region.

Do you like to discover more of Greece? Click here for my blog on the Halkidiki region in Greece.