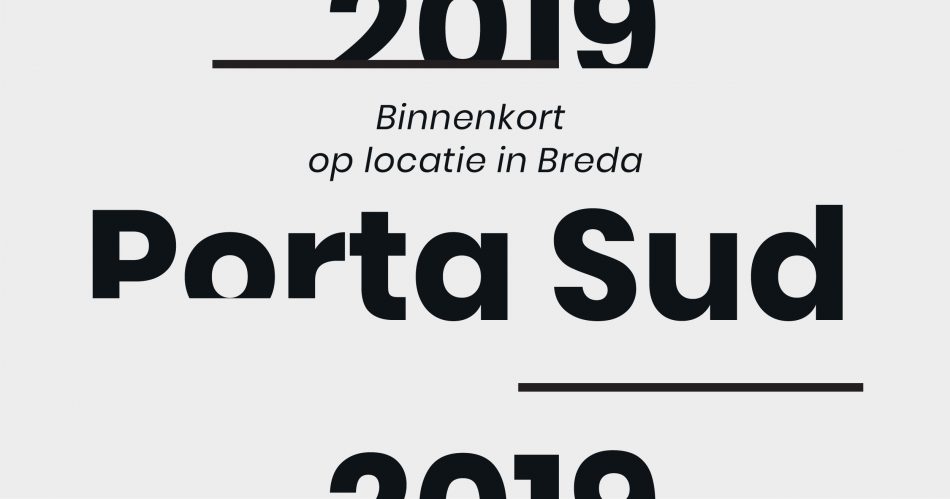 In May of this year chef Ralph Geerts, known from Ravanello, will open up a new restaurant in Breda called Porta Sud.
With Ravanello, Ralph already made a name for himself in culinary Breda. Ravanello is a creative food lab that provides catering for parties and events. They also used to do a pop-up restaurant every once in a while. In December they had a pop-up restaurant in Breda, it’s where I had the famous ‘houdoe’ dessert during the closing party of Brabant Celebrates Food (click here to see the picture of the Houdoe dessert).
After that spectaculair dessert, you can imagine that I was quite excited to hear the news that Ralph from Ravanello is opening up a restaurant. Are you curious too? Scroll down to read more about the new Porta Sud in Breda.

Restaurant Porta Sud will open up in May 2019 at the Passage Zuidport, at the edge of the city center, in a very old art-deco building. They’re renovating the place at the moment and they’re trying to keep the authentic elements in the new restaurant. The restaurant will have two terraces, one covered and one uncovered. So in the summer it’ll be a great place for late dinners with anti pasti.

Porta Sud will serve lunch and small dishes that are made for sharing. Although Porta Sud won’t be an Italian restaurant, you’ll notice Ralph’s love for Italy in the dishes and the style of serving. At Porta Sud you don’t order your own dish, but you order several dishes to share with your company. Also you won’t find any difficult ingredients, Ralph prefers to work with simple and pure ingredients. He shows you that you don’t need many ingredients to create very tasty dishes. Besides; pretty much everything (except the beer and the bread) will be homemade.