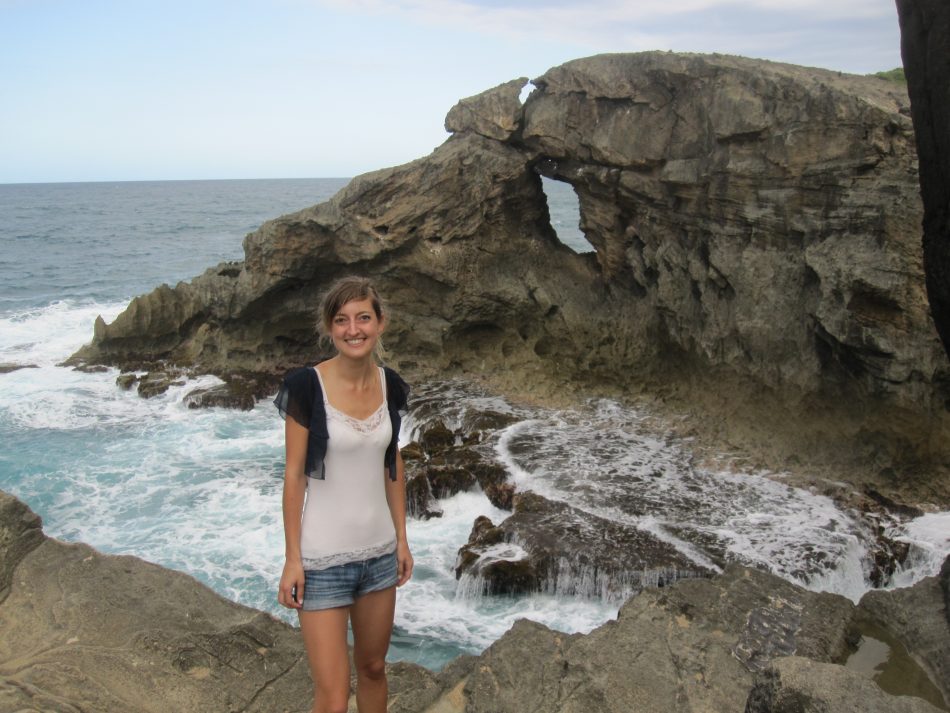 There are some great spots in Puerto Rico to visit caves. One of my favorite spots is Cueva del Indi (Indian Cave). It’s a prehistoric rock formation by the ocean. The picture at the top of this page is also at Indian Cave. You can find it on the North side of Puerto Rico, about 1 hour West of San Juan.

The Toro Verde adventure park is located in the center of Puerto Rico. It’s mostly known for its zip-line. It’s very special as it’s the longest zip-line in the world! It’s over 2km long!

If you’ve got your PADI certification you can go on some amazing dives in Puerto Rico. I went with Paradise Seekers. Here you can see me with a sea turtle! The water is very clear and warm. I hardly ever wear shorties, but the Caribbean waters around Puerto Rico have such a nice temperature.
If you don’t have a dive certificate there are also nice snorkeling spots.

Another great activity in Puerto Rico is to visit one of its beaches. Even in San Juan itself there are already some great beaches to visit. All within walking distance of the capital city. Just walk to the North-East of the city and lay your towel on a sandy beach of your choice.

Although Bacardi originated in Cuba, they left during the Cuban Revolution. Bacardi started their distillery in Puerto Rico in 1936 and it’s currently the largest Bacardi distillery in the world. You can visit the Bacardi Distillery called Casa Bacardi with a tour. You’ll learn more about the history, the famous bat logo, the current range of spirits and cocktails that can be made with Bacardi. Also nice: 2 cocktails are included!

Click here for all my travel blogs on North, Central and South America.