The 10 best places in London to satisfy your sweet tooth 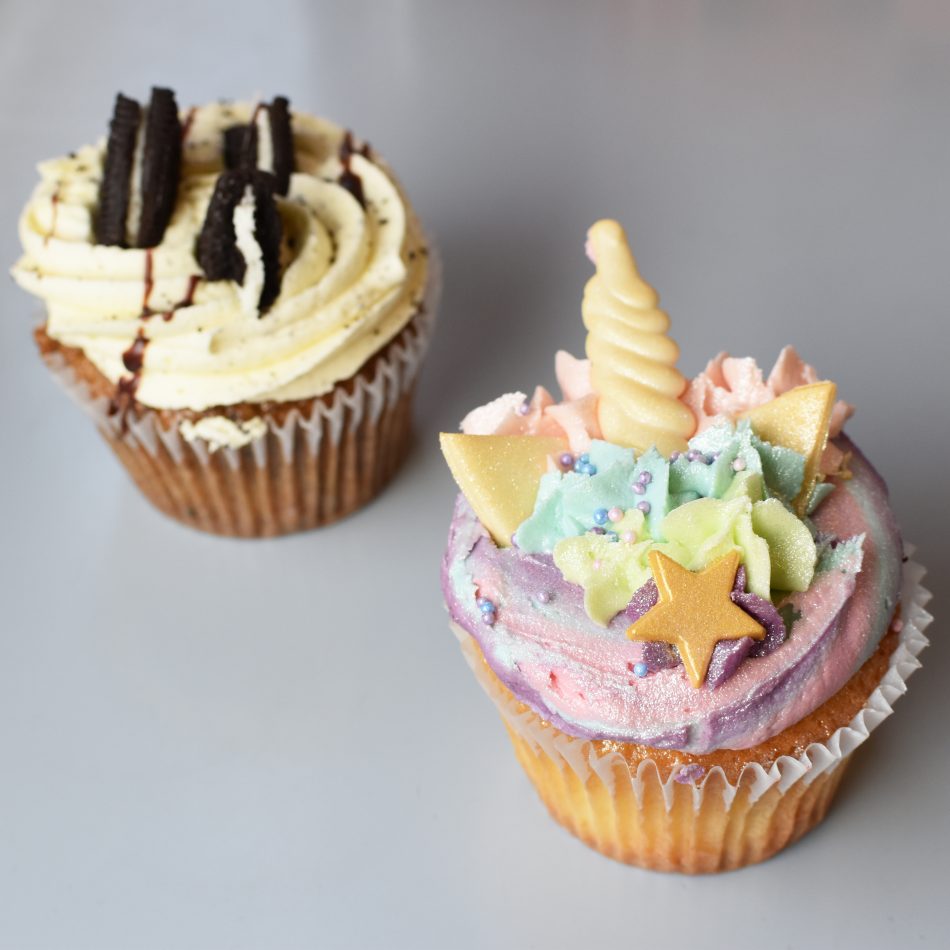 London has so many great food options! With tens of thousands of restaurants there’s something for everyone. I’ve shared my favorite vegetarian and vegan restaurants in London before, now it’s time to satisfy your sweet tooth. On this page I’m telling you where you can get the best sweet food in London. From cakes to pies and from ice cream to freak shakes: here’s where you want to go.
You can diet later, none of these sweets are healthy. But hey, you’ve got to feed your soul too right?
Check out the 10 best places in London to satisfy your sweet tooth! The Canvas Cafe is a café and creative venue in one (with a small garden in the back). They serve sandwiches, salads and cakes but are mostly known for their vegan ‘Freakshakes’. The Canvas Cafe is bringing your milkshake to a whole new level. The vegan freakshakes are made with coconut milk and almond milk and they have different varieties. Check out the chocolate freakshake that I had. That will definitely satisfy your sweet tooth! Also nice: they let you write your answers to several questions like ‘what made you happy today?’ on their walls. How adorable is this Unicorn Cupcakes? I had it at Lola’s Cupcakes in London (just like the Oreo cupcake on top of this page). Lola’s Cupcakes started when two friends turned their baking hobby into a business and even though the original founders aren’t working there anymore, Lola’s Cupcakes continues to grow. They have several locations throughout London where you can get their delicious and pretty cupcakes. Also convenient; they’re also available at several stations like Victoria Station, Waterloo and King’s Cross. So you can satisfy your sweet tooth if you have a long train journey ahead. Besides being very popular on Instagram for their pink shopfront, Peggy Porschen serves delicious sweets. Named after the owner (yes Peggy Porschen is her real name), they started baking for special occasions like weddings. In 2010 they opened up their shop in London. The pink Peggy Porschen shop is located in the neighborhood ‘Belgravia’, near Victoria Station. The entrance is always decorated in another theme, pictured you see a Halloween theme. They’re open 7 days a week and sell cupcakes, coffee, tea and champagne.

4 Nordic Bakery
The Nordic Bakery in Soho sells all kinds of Scandinavian cakes and pastries. My favorite is their cinnamon bun (they even have a Cinnamon Bun Week in the beginning of October). But they also have berry buns, custard buns and apple-almond buns. They also have a great tiger cake which is a traditional double cream and chocolate marbled cake. I don’t think I need to introduce Ottolenghi. Yotam Ottolenghi is a living legend mainly because of his very popular cookbooks with recipes inspired by his birth-land Israel. He has 6 restaurants in London: NOPI, ROVI, Belgravia, Islington, Nothing Hill and Spinal Fields. I took this picture of the cake display at the Spitalfields location of Ottolenghi. You can have a look at all the beautiful sweets they have to offer and order them to eat there or to take with you.

6 Lily Vanilli
If you live in London you can order a cake at Lily Vanilli and pick it up on the bespoke date and time from Tuesday to Saturday. But if you’re just visiting London you can visit the Lily Vanilli cafe for a piece of cake or a pastry and a cup of coffee on Sundays only. They are open from 8:30 am until 3:30 pm or until they sell out. You can combine it perfectly with the Columbia Road Flower Market which also takes place on Sundays (from 8am to 3pm) 8 Bea’s
Bea’s used to be called Bea’s of Bloomberry as that’s where they opened up their first shop in a former bank. They now have 3 cafes in London and two more take-away shops. At Bea’s you can enjoy all kinds of sweets like brownies, cupcakes and meringues. But what I recommend is that you book Bea’s Signature Afternoon Tea. You’ll get all kinds of savory snacks followed by more scones than you can eat. There’s also a vegetarian and a wheat free version. Vx (Vegan Cross) is small vegan shop doesn’t only sell vegan food (the sign outside says ‘we love vegan junk food’) but also vegan shoes and clothing. You can get some vegan groceries here but also order your vegan lunch or guilty pleasure like this vegan muffin that I had.

Speaking of vegan: click here for my vegetarian and vegan food guide to London.

10 Ms. Cupcake
Speaking of vegan, Ms. Cupcake is 100% vegan as well! You can visit her vegan cupcake bakery in Brixton (close to the Brixton station). Ms. Cupcake is open 7 days a week and besides cupcakes they sell many other vegan treats like brownies, cookies and muffins. They also have several gluten free options available and besides dropping in you can also order your vegan cake or have them delivered with Deliveroo or Uber eats.