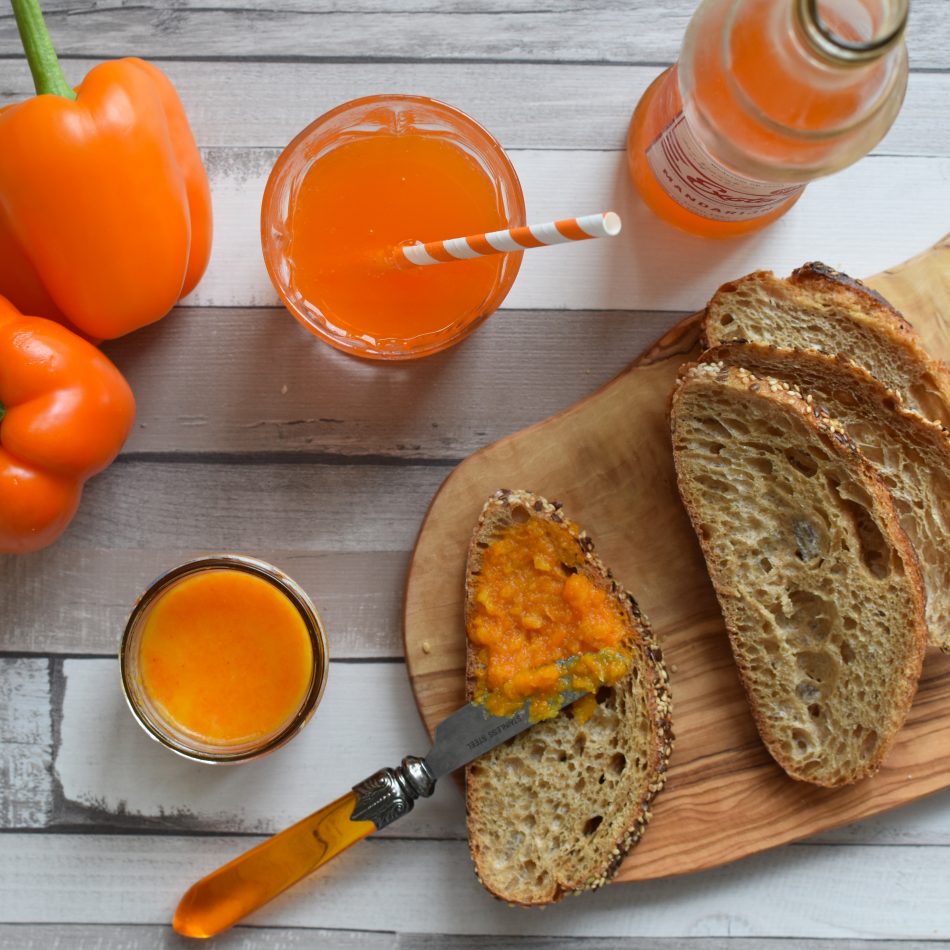 I made this Orange Paprika Spread for a reason. Tonight the Dutch women soccer team are playing their last in the group stage of the soccer World Cup in France. They already won two of the three matches so we already know they’ve made it to next round where 16 countries are left.

To support ‘our girls’ I’ve created this orange recipe. As you might know orange is the national color of the Netherlands. It’s because our royal family’s last name is van Oranje (from Orange).
But also if you’re not supporting the Dutch soccer ladies, this orange paprika spread is delicious!

I’ve made the spread with orange paprika’s (bell peppers). You might know yellow, green and red paprika’s; but this orange sister is just as tasty and just as healthy!

Make sure the margarine is on room temperature. Cut the orange paprika and remove the seeds. Put the paprika pieces in a blender and blend until a puree has formed. Mix the paprika puree with the margarine. Stir in the sriracha sauce.
With these quantities you’ll have a rather large portion. Did you know that you can also save margarine in the freezer? Just wrap it up tightly and you can save it for 6 to 8 weeks in the freezer.