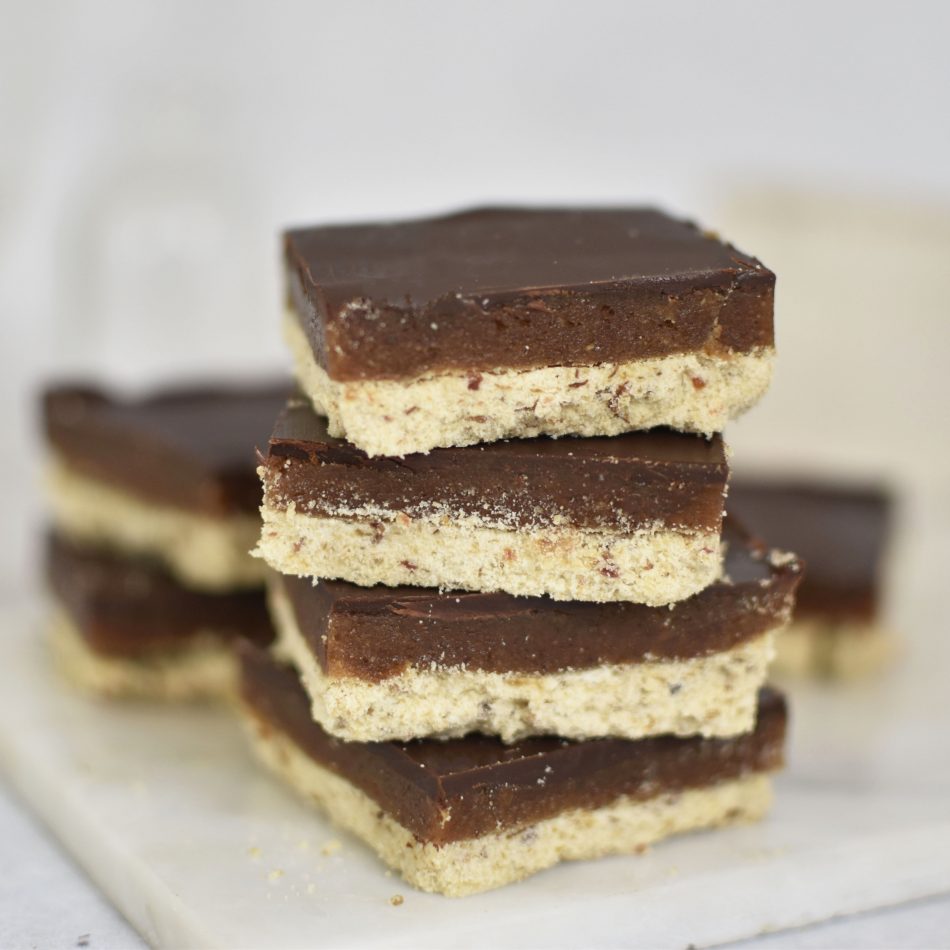 
Put the almond flour, 3 tablespoons of coconut oil and 6 medjoul dates in a food processor. Blend until it has formed a dough. Line a rectangular baking tray with parchment paper and divide the dough over the bottom. Press it down with the back of a spoon. Place in the fridge.
Clean your food processor and add the remaining 20 dates, the peanut butter and vanilla essence. Mix untill smooth. Divide the caramel layer over the biscuit layer. Place in the fridge.
Bring water to a boil. Melt the chocolate with the remaining 3 tablespoons of coconut oil in a bowl au-bain-marie. Pour the melted chocolate over the caramel layer.
Put the vegan millionaire’s shortbread in the fridge to set. You can leave it in the fridge until serving.
Use a sharp knife to cut the shortbread in 15 squares.
You can save them in the fridge or the freezer.