Top 10 sights and activities in Trier 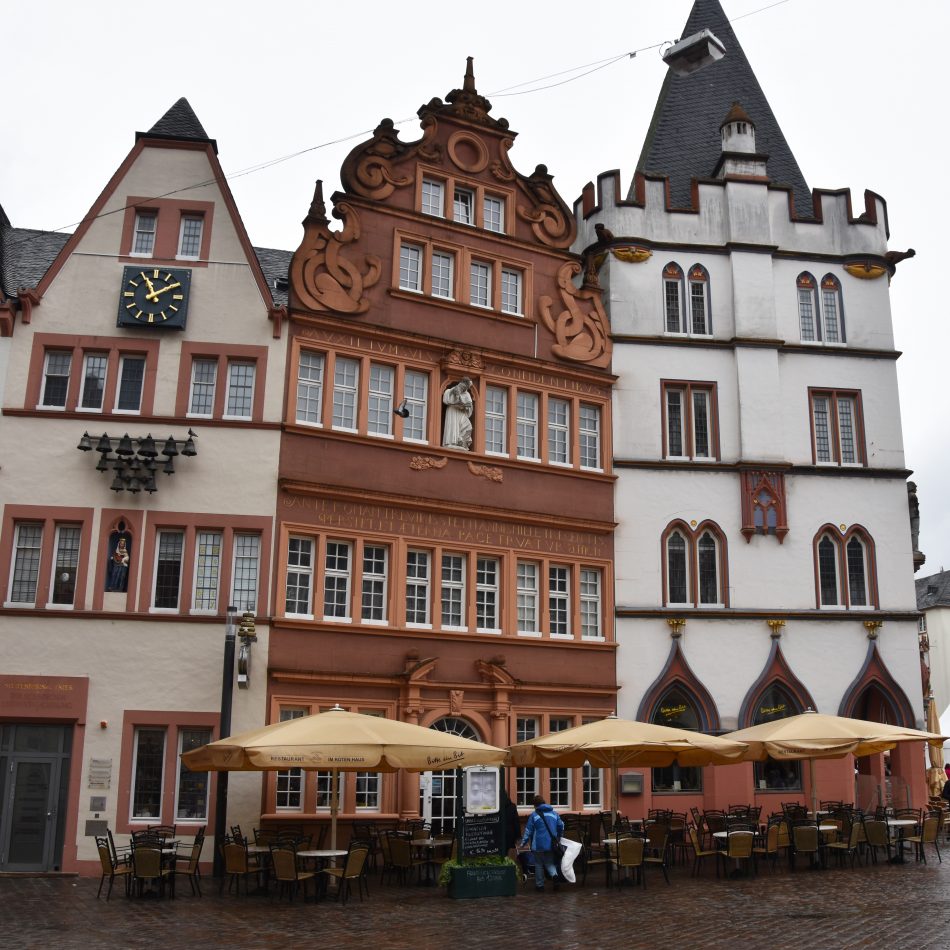 Trier is the oldest city of Germany and as a rich history. You’ll see remains from the Roman era to the middle ages, so the whole city is full of interesting sights. On this page I’m sharing the top 10 sights and activities in Trier. Here you can find what you need to see and do when you’re staying in the city of Trier in Germany.

1 Porta Negra
This black gate wasn’t always black. It was build in Roman times as one of the entrance gates to the city. In the Roman empire Trier was the 4th biggest city, so it was very important and big for that time. The city was protected by a city wall with several entrance gates, the Porta Negra was the biggest one. Later, long after the Romans left, a church was build around the Porta Negra, but Napoleon had it demolished. The gate got his name in the Middle Ages when the rocks got a black color from the reaction to oxygen.

2 Guided City Tour
There are many beautiful buildings in Trier that you can just walk passed while you’re shopping. It would be a waste if you miss them or if you don’t know the story behind them. That’s why I’d recommend getting a guided city tour. This way you’ll learn a lot about the city. I actually learned several funny facts or trivia that I wouldn’t have known otherwise.
Guided tours in English take place every day at 1pm from May 1st to October 31st. You can buy your ticket at the Tourist Office at Porta Negra and that’s also where the tour starts.

3 Kurfürstliches Palais
I wanted to live in this sugar-sweet palace. It almost looks like a cake with pink frosting and whipped cream! The Kurfürstliches Palais (Electoral Palace) was build as the residence of archbishops in Trier. Over time the building was often damaged or demolished so it has parts of different eras and in different styles. The Electoral Palace is now being used for offices for the government so you can only go inside on certain days and times. Nevertheless, a visit just to see the Rococo exterior is also worth it.

4 Konstantin-Basilika
The Basilika of Emperor Contantine is very impressive. The building dates back to AD 310. It’s actually the largest single room not supported by columns in the world that has survived since that time. You can imagine yourself meeting the emperor in this basilisk, the size alone would impress you! The wooden boxes on the ceiling are much bigger than you might think. Each box is 3 by 3 meters (130 square feet). My bedroom when I was a kid was that size, weird to think that all my stuf would fit in just one of those boxes.

6 Roman Bridge
It might not look super spectacular, but the Roman Bridge in Trier is the oldest bridge in Germany! The stone pilings were build in 144-152 AD. They were build with huge stone blocks that were held together with iron clamps. The same clamps were used in the Porta Negra. If you head West from Trier’s city center, you can have a nice walk along the Mosel river up to the Roman Bridge.

7 Karl Marx House
The Karl Marx House in the Bruckenstrasse is the house were Karl Marx was born. It now functions as a museum and houses a permanent collection about the life and work of Karl Marx and the influence he had up to the present.
You can also see the house where Marx lived later in his life. It’s close to the Porta Negra and now houses (how ironic) a cheap gift shop on the ground floor.

Trier is a great city to visit before you explore the Moezel region.

8 Hauptmarkt
Hauptmarkt is the main market square of Trier. It has been that way since Medeival times. After the vikings left, the archbishop moved the market to its current location. You can see a cross on the market square that dates back to this event in 958 AD. Six streets are ending up on the square so it’s a great starting point to discover all kinds of sights in Trier.

9 Amphitheater
Outside of the old city walls you can find the Amphitheater. You can actually walk through the old entrance gate and walk around the amphitheater. It’s quite strange to be in a place where gladiators fought and animals were used for entertainment. The arena was build in the 2nd century and could seat 20.000 people.
You can book a tour with the ‘gladiator Valerius’, who’ll show you all the areas of the amphitheater including the cellars.

Click here for my favorite food spots in Trier.