What to do and see in Almere 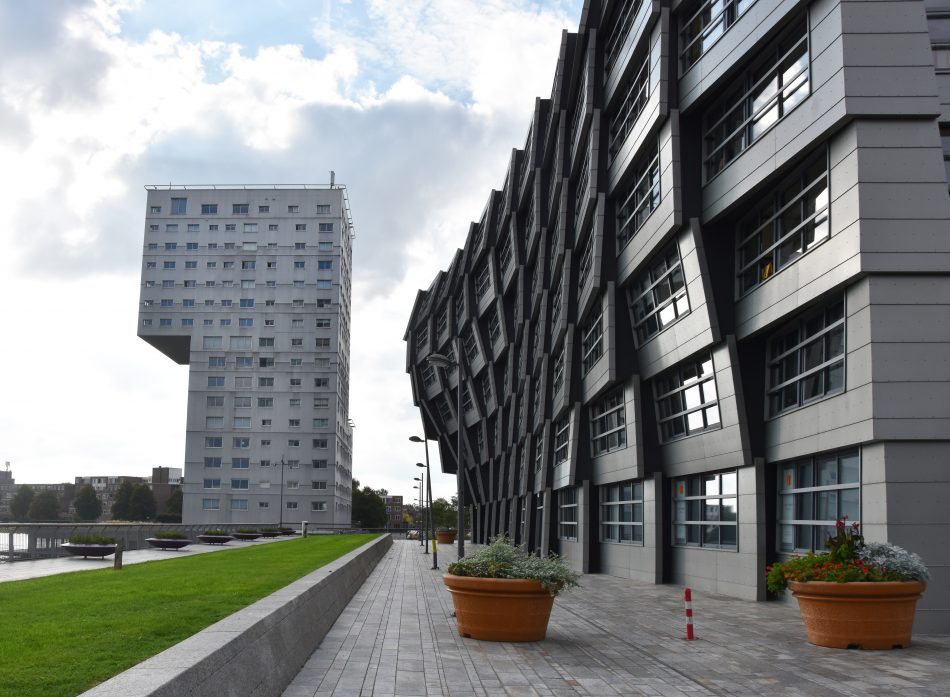 Going to Almere anytime soon? On this page I’m telling you what to do and see in Almere. Almere is a very new city in the Netherlands, located just 30 minutes from Amsterdam. The city centre of Almere has been voted best city center of the Netherlands in 2017, 2018, 2019 and 2020. In this blog post I’m telling you more about Almere and its top sights and activities.

Almere is a city on a very unique part of the Netherlands. It’s located on Flevoland, which is a province that has only been created recently. In the 1950’s and 60’s the Dutch government started creating land in a part that was then called the Zuiderzee (South Sea). Because of a huge dyke, this sea is now a lake and in 1986 the newest province of the Netherlands ‘Flevoland’ is officially born. The province was mainly created for farmland. But you can also visit the Marker Wadden. With this extra province the government hoped to answer the predicted food shortage. As the population of the Netherlands grew, the demand for food also increased. And as the Netherlands is a small country, there wasn’t much space.
The capital city of Flevoland is Lelystad but the biggest city on the island is Almere. Amsterdam kept growing as a city, so Almere was build to meet the housing needs.

As the land on which Almere is build was only reclaimed in the 1950’s and 60’s, Almere is the newest city of the Netherlands. The first house in Almere was finished in 1976. It’s very interesting to see such a new city. Almere is completely designed on a drawing board. The designers could consider everything beforehand; like traffic flows and the main facilities.

Almere consists of several neighborhoods; you’ll probably visit Almere Centrum which is the city centre with the train station and the majority of the shops. Almere Buiten and Almere Haven are also worth a visit!

All the architecture you see in Almere is super new! Everything was build in the last 40 years. You can find some real interesting works of architecture. The library for example is really worth a visit. It’s open to the public so you can just take the escalators up and have a look around. The building itself is designed with straight lines and sharp corners. And the interior design has the opposite, it all has soft and round shapes. Even the stairs have the shape of a wave and all the book stands are curved.

The city centre of Almere combines commercial areas with residential areas. There are many houses and apartments located on top of the shops. You wouldn’t even see them if you’re just walking on the street, you might not even see them when you’re looking up. But if you can find yourself a higher point in the city you can look over the houses and their yards. From the library you’ll be able to see a part of it and if you go into warehouse Hudson’s Bay you have great views from the terrace on the top floor (please not that Hudson’s Bay will close soon and it isn’t known yet what will take its place).

Almere is a perfect destination for a shopping spree. You’ll find many shops located close together in Almere Centrum. Almere has all the bigger chains like Costes and Zara but also some very nice local independent shops.
My favorite is Kaky, an interior shop. They sell all kinds of things for your house, from furniture to tableware. They have many art and design items for your home.

There are quite a few restaurants in Almere. Some of them are franchises like Five Guys, Vapiano and La Cubanita. But there are also some great independent restaurants. My favorites are The Black Cockatoo, Neighbor’s Kitchen, BoatHouse and IJspressi.
Click here for my blog with my favorite vegetarian friendly food spots in Almere.

Looking for a nice place to stay in Almere? I recommend the Apollo Hotel.
Apollo Hotels has several hotels in the North and West of the Netherlands. They have hotels in Amsterdam, Breda and The Hague for example. The Apollo hotel in Almere is located right in the city centre. It’s a 10 minute walk to the train station, and you’re just around the corner from several restaurants and the majority of the shops.
The rooms at Apollo Hotel Almere City Centre are very spacious. We even had a lounge area in our room. All the rooms have great views over the city centre of Almere or over the water. There’s free wifi throughout the building, each room has free coffee and tea and the bathrooms have a shower and a bathtub.
Inside the hotel you can find the Bierfabriek on the ground floor. This cafe brews its own beer and serves some great pub food. They have several tables with their own beer tab on them, which is great fun if you’re going with a group.

Click here to reserve your room at Apollo Hotel Almere.

In short; Almere is a great destination for a day trip or a weekend get-away. From Almere you’re very close to Amsterdam and Utrecht.