How does an Onsen work? 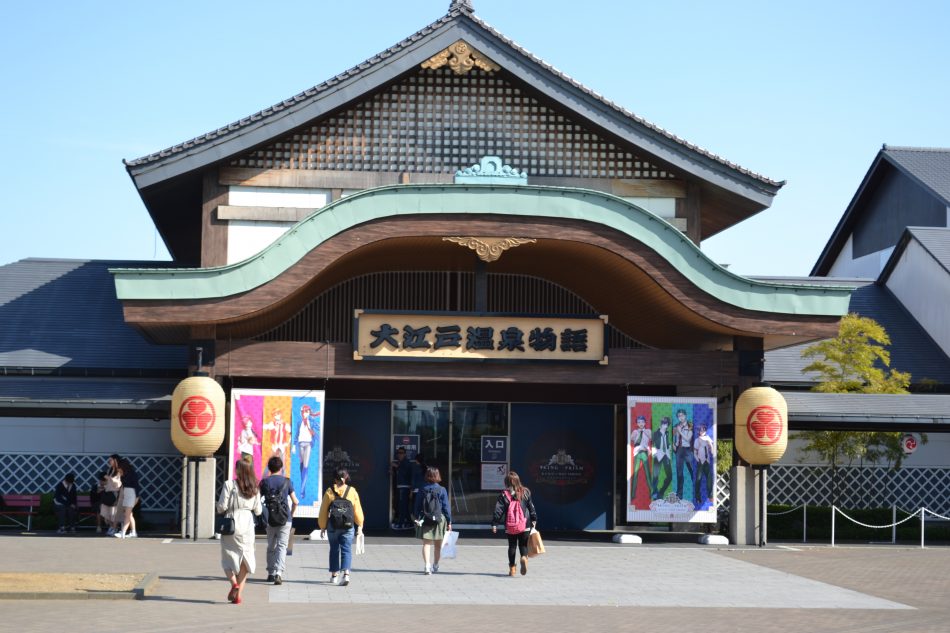 You might want to visit an Onsen (Japanese sauna) while you’re in Japan. Since it’s a bit different than visiting a spa in Europe, I’ll explain how an Onsen works on this page. I’ll tell you what an Onsen is, what it looks like, what you need to bring and what the rules and etiquettes are.

An Onsen is a Japanese natural hot spring bath, similar to ones you can find in Iceland. Visiting an Onsen is a great experience since the Japanese turned the act of bathing into a real sensation. The Onsen have separate baths for men and women, although most also have a mixed area with a foot bath.

I’ve visited the Oedo Onsen Monogatari in Tokyo. This one is very accessible if it’s your first time visiting an Onsen (or a sauna in general), because it’s almost an Onsen meets theme park. First question most people have is: are you naked? In the general area and communal baths you’re not naked. You’ll wear a cotton kimono known as a Yukata. But yes, in the hot spring baths you are naked. You take of your clothes before entering and only bring a small towel inside (often provided by or for rent at the Onsen, but you can bring your own as well).

Another frequently asked question is: how does an Onsen work? What are the steps? What is expected from you? Etcetera. Let me explain to you how an Onsen works. This is how the Oedo Onsen in Tokyo worked, and many Onsen work the same way.
Upon entering you are requested to take of your shoes. You’ll find baskets or lockers for your shoes near the entrance.
Then you go to the registration where you’ll be given your locker key, this is a wristband with the number to your locker and a barcode. You don’t have to pay yet, as you’ll pay at the end of your visit.
Then you go to the counter to collect a Kimono (they have different sizes). The changing rooms for men and women are separate. In the changing room you take of your clothes and put them in the designated locker. Leave your underwear on, and wear the kimono on top of it. You’ll get a ribbon to tie around your waste so the Kimono stays in place. You can now enter the general area. Here you can meet up with your companions and you’ll find some restaurants and shops. You can help yourself to free water and tea. If you buy anything at the restaurants or shops just show your wristband so that they can scan the barcode. You’ll pay for everything you’ve bought at the end of your visit.
From the general area you can visit the garden and the foot bath. In this area you keep your Kimono on.

The real Onsen experience starts when you enter the male or female baths. Upon entering you’ll be given a towel. At Oedo Onsen the towels are for free. You’ll get a small towel to take with you to the baths and a bigger one to dry yourself afterwards that you leave in your locker. In this you’ll put your Kimono, underwear and bigger towel in one of the lockers. You can also put your wristband with the key in the locker, since you’ll now be wearing the wristband with the locker key.

When you enter the bathing area it’s important that you wash yourself first. You can do so with throwing buckets of water from the well over your body (don’t worry the water is warm), or go to one of the chairs with a shower (it’s polite to rinse the chair after you’re done). Now you can enter one of the many baths. The water in the baths at an onsen are naturally heated and contain many minerals that should be good for your skin. Make sure that your small towel doesn’t get wet by leaving it at the side of the bath, or like the Japanese do: on top of your head. Oedo Onsen Monogatari also has a few Finnish styled saunas and a few baths outside.

When you’re done you can dry off with the bigger towel and put your underwear and Kimono back on. This area also hair brushes and blow dryers. When you’re done you leave the key in the locker (make sure that you’re wearing your own wristband with key and barcode again) and but your used towels in the baskets.
You can now go back to the general area to optionally eat and drink water or tea. When you’re done with your visit you go back to the changing rooms. Here you get dressed again and leave the Kimono in one of the baskets. You go to the cash register and give your wristband back. You’ll know pay the entrance fee (¥2600) and your food and drinks bill.
After you’ve paid you collect your shoes again.

Many onsen, including the Oedo Onsen also serve as a hotel or Ryokan, so you can spend the night there. As a matter of fact Oedo Onsen is open from 11am to 9am so you can also visit during late hours.

If you’re unfamiliar with Onsen it might be a bit scary to try this new thing, but I promiss you that you won’t regret it!