What to do in Tokyo when it rains 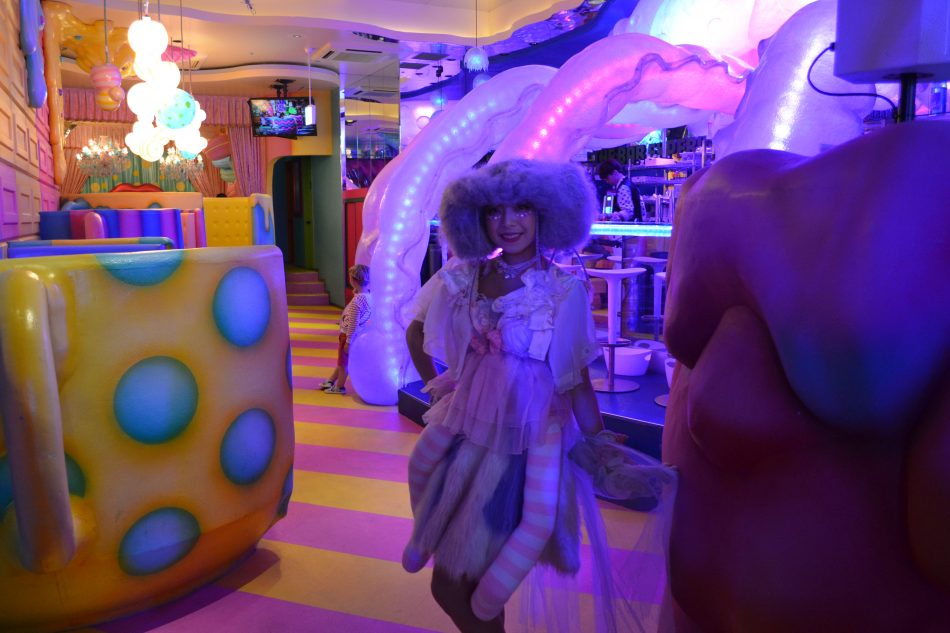 It’s always a bit of a shame when it rains when you’re on vacation. Maybe you’re in Tokyo in fall or winter, or you just have a bad weather day in summer. Luckily you’ll have plenty to do if you’re in Tokyo on a rainy day. I’ve listed all my tips on this page,

You’ll have a couple of nice indoor options at Odaiba, the artificial islands in Tokyo bay. The best way to get to Odaiba is by driverless  Yurikamome train from Shimbashi station. If you buy a day pass you can see everything on the island without getting wet.
If you exit at Odaiba Kaihin-koen you can go to Tokyo Joypolis, an indoor amusement park, You pay an entrance fee and for each attraction separately. There’s also a passport option that includes entrance and unlimited rides. You can get also get out at Daiba station (the 2nd station after the Rainbow Bridge) to visit the giant Diver City Mall or its smaller sister Aqua City Mall next door. Besides many shops and restaurants that can keep you occupied for hours, Diver City has many more things to do. There’s a rooftop skate park and a big game arcade with all kinds of different games. There’s also the Round1 Stadium sports park where you can go bowling. Hop back on the train and get off at the Telecom Center station to visit Oedo Onsen Monogatari. Visiting an Onsen is a great idea to do anyway when you’re in Japan. And since Oedo Onsen is like an amusement park meets an Onsen, it’s very accessible even if you didn’t go to saunas before. The entrance fee is around  ¥2600 but you can spend hours in there, especially if you love bathing. As you can see I was there on a sunny day, but 90% of the Onsen is covered so you’ll stay dry on a rainy day! You can read how an Onsen works on this page. If you’re in the city center of Tokyo when it rains, try visiting the Kawaii Monster Café in Harajuku. (Read more about Kawaii food here). This cute monster restaurant is a bit hidden on the 4th floor of a building on Meiji-dori street, but it’s a world on its own once you go through the doors. You’ll pay a ¥500 entrance fee and have to order at least one drink and one food item per person but you’ll get an unforgettable ‘only in Japan’ experience. The restaurant has several areas and you can choose your favorite at the entrance. You’ll be greeted by girls dressed up as cute monsters at the entrance and after you’re seated you can choose one of the Kawaii food items on the cake shaped digital menu like rainbow spaghetti or colored cupcakes. Every now and then the girls will perform a dance show and you’re invited to clap and dance along! Another ‘only in Japan’ indoor show is the Robot Restaurant. Despite its name I recommend you eat somewhere else and just come for the show. Sure it’s all a bit much and they have a break every fifteen minutes to sell more drinks, but it’s also a real Japanese amusement experience. During the show you’ll see several high energy acts. Amongst other things you’ll see drums, fights and glow sticks. Just give in to it and enjoy the spectacular show!