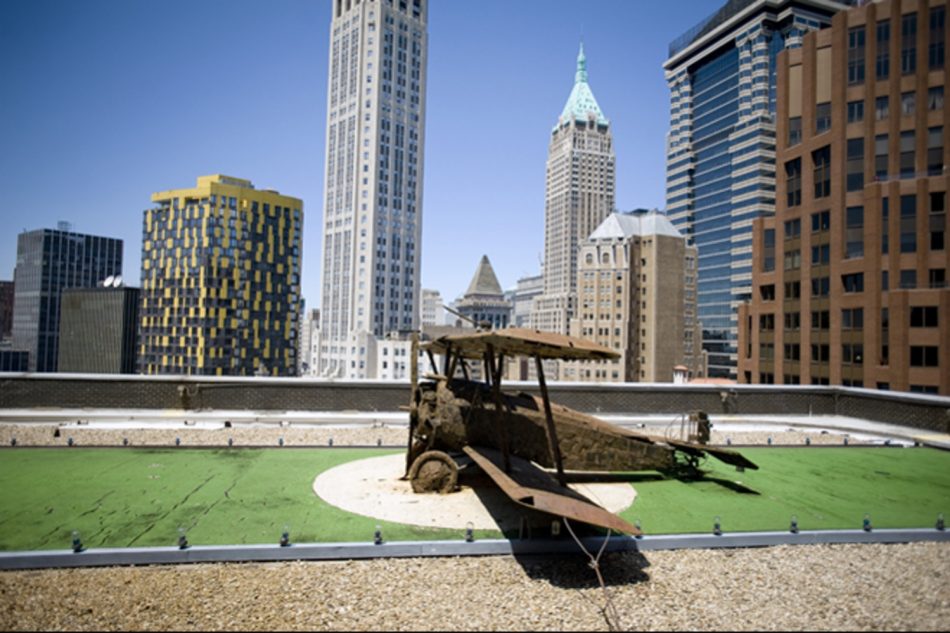 Do you think you know New York? Think again! On this page I’ve listed 11 secret spots in New York that you didn’t know yet. From secret bars to secret parks, on this page I’m telling you all about places in NYC that are new to you. This list is perfect for people who’ve visited New York before and already saw all the top sights of New York City. Or if you’ve got a lot of time to spend in New York, these secret spots might also be a good way to discover more of the city.

The secret bar in Grand Central station isn’t so secret anymore as it used to be. The bar is called The Campbell. To reach it you first have to exit the Grand Central station. If you exit at the main concourse at Park Avenue you go left and you enter the building again almost straight away. The official address is Vanderbilt Avenue (between 42nd and 43rd street). It used to be the office of John William Campbell and when you walk in, it feels like you’re in 1923 again. I’ve read reviews saying that the drinks at The Campbell are very expensive, but I thought the prices where the same as most New York bars.

In the middle of the Financial District, in between all the high skyscrapers and concrete, is a secret park. It’s an elevated park, in between two office buildings. You can easily walk pass this green patch if you didn’t know it’s there. From the park you’ve also got beautiful views over the East River and Brooklyn.

There’s an old abandoned subway station in New York. This old metro station is no longer in use but you can still visit it. It’s called Old City Hall Station. Unfortunately you can’t just enter it on your own, you can only visit it with a tour of the New York Transit Museum.

The smallest museum of New York is located in a freigh elevator in Chinatown in lower Manhattan. The museum showcases all kind of interesting small objects like an ISIS coin or dice made by a prisoner. At the time of writing, the museum was temporary closed. Check out their website to see if the Mmuseumm is open.

It’s hard to believe that you can find this hospital ruin in the middle of Manhatten. This abandoned building used to be a Smallpox hospital. The City Hospital opened up in 1816 and closed in 1957. You can still see the ruins of the hospital on Roosevelt Island in New York. Roosevelt Island is a very small island located in between Manhattan and Brooklyn in the East River. You can reach it by subway line F, by getting out at Roosevelt Island Subway Station. I visited it in winter when it had a rather spooky feel to it. When you go in summer, the walls are covered in green so it’s very pretty. The abandoned hospital is great for urban exploration.

There are several secret bars, so called Speakeasies, in New York. But did you know that there’s also a secret restaurant? This Mexican joint called La Esquina (the Corner), looks like a cheap taqueria. But if you’re one of the lucky ones who could reserve a table, you’ll see the secret restaurant that’s hidden underneath. You’ll have to go through a door that says ’employees only’ and then through the kitchen to get to this secret restaurant. You’ll end up in a very cosy underground Mexican restaurant. It isn’t cheap, but it’s a great experience. You can reserve your table via this link, but be aware that you might need to reserve weeks in advance.

There’s a burger bar hidden in a hotel in New York. In the fancy Le Parker Meridien hotel in Midtown Manhattan, you can grab a burger and soda in this secret spot. In the lobby you can find a dark curtain. You’ll need to find the opening and you’ll be surprised by a hidden burger bar. You can find this secret burger joint on 119 West 56th Street.

Did you know that there’s a waterfall in the middle of New York City? And a very special one; you can walk underneath it and you won’t get wet! You can find this waterfall in New York on W 49th street, in between 6th and 7th avenue.

This is one of my favorite secret spots of New York, because it’s so cute. All over New York City you can find tiny little doors. They’re made by artist Cynthia von Buhler. They’re actually an ad for her Speakeasy Dollhouse, a burlesque-ish performance.

There’s a place in New York where a lot of gold is kept. As a matter of fact, it’s the largest concentration of gold in the world. You might expect that it’s very well hidden and super secret. But, even though most people don’t know about it, you can actually visit this gold stack! You can book a tour with the Federal Reserve Bank of New York to see the gold vault.

Hungry? Click here for the most Instagrammable food spots in New York.