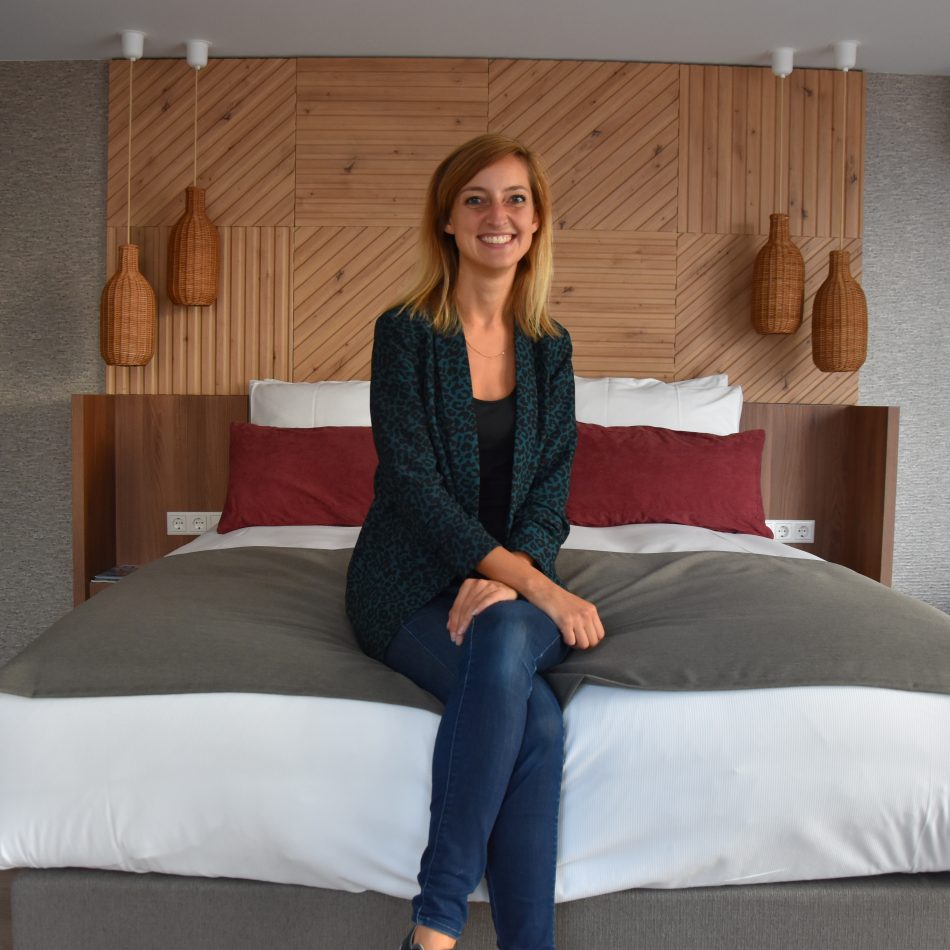 In October 2020 Boulevard 17 opened up 10 suites. The hotel rooms are absolutely stunning. They’re spacious, have got everything you need and are located right at the beach. The majority of the hotel suites of Boulevard 17 even has views of the beach and the sea.
There are 5 suites on the ground floor and 5 suites on the first floor.
The suite we stayed at was on the first floor and had a French balcony overlooking the boulevard and the sea.
The suites have a big, comfortable bed, a sofa and small table. There’s a big closet, free wifi and a flat-screen tv. There are coffee and tea making facilities in each room with plenty of coffee and tea for your stay.

The rooms have a spacious bathroom with a bath and a rain shower. Shampoo and shower gel are available in the rooms.

If you book the vegan arrangement at Boulevard 17 in Vlissingen, there’s a cold bottle of vegan wine waiting for you in the room as well as a big bar of vegan chocolate.

Boulevard 17 is a nice restaurant at the boulevard of Vlissingen in Zeeland. It opened up in the summer of 2020. It’s open for lunch, dinner and bites. If you book the vegan arrangement at Boulevard 17 you’ll enjoy a lovely 3-course vegan dinner at the restaurant.

We had tomato carpaccio as a starter, a wrap with vegan gyros and vegetables as a main dish and a chocolate bowl filled with fresh fruit and cookie crumbs as dessert.

If you book the vegan arrangement at Boulevard 17 in Vlissingen you also get a vegan breakfast the next morning. The breakfast is also served at the Boulevard 17 restaurant. Everything on the breakfast platter is vegan; from vegan cheese to vegan bacon. Even the croissants are vegan!

The Go Vegan arrangement at Boulevard 17 in Vlissingen consists of:
* 2 overnight stays in a Boulevard 17 suite
* 2 x vegan breakfast
* A 3-course vegan dinner on the first evening (optionally you can book a second dinner for the 2nd night)
* Vegan wine and chocolate in the room at arrival
* Free parking
* Free coffee and tea
* A vegan lunch at Pier 7 on the second day
* A portion nacho’s at the Boulevard 17 restaurant

Click here to reserve your vegan arrangement at Boulevard 17 in Vlissingen in Zeeland, the Netherlands.