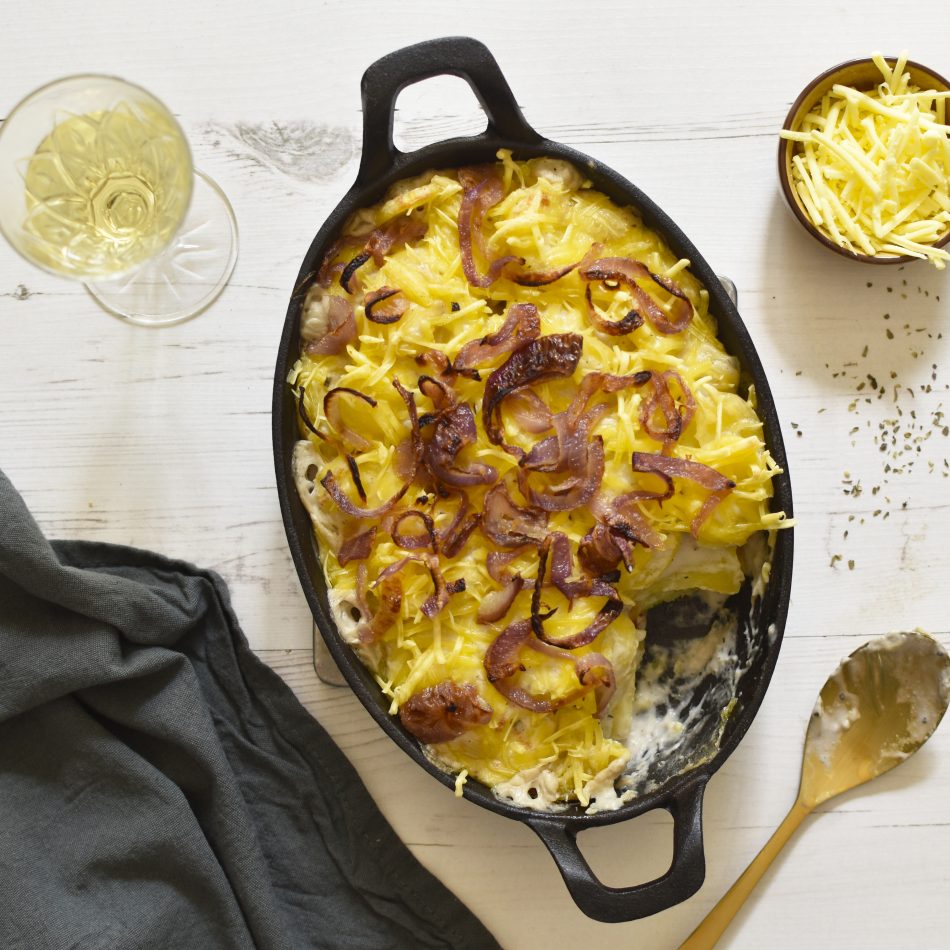 Are you looking for a tasty vegan side dish? This vegan potato gratin with red onion is super easy to make and very tasty! I love potato gratins at my Christmas dinner, but to be honest, I like it every day in winter. It’s so comforting and satisfying.

I made a very easy recipe for vegan potato gratin as I use a pre-made vegan Bechamel sauce. You can of course also make your own vegan white sauce if you feel like spending some more time in the kitchen.
I’ve deep fried the red onion rings for extra flavor. They don’t only add a nice crunch and deep flavor but also a great touch of color.

Preheat the oven to 180°C. Put the sliced potatoes in an oven proof bowl. Pour in the vegan Bechamel sauce and the Italian herbs and stir well. Top with the grated cheese. Bake the vegan potato gratin for about 20 minutes.
In the meantime, warm a layer of olive oil (about 2cm deep) in a frying pan on medium fire. Cut the onion in rings and shortly fry them in the olive oil. Put them on some kitchen towel to drain.
When the 20 minutes are done, put the onion rings on top of the vegan potato gratin and bake for 5 more minutes until golden brown.