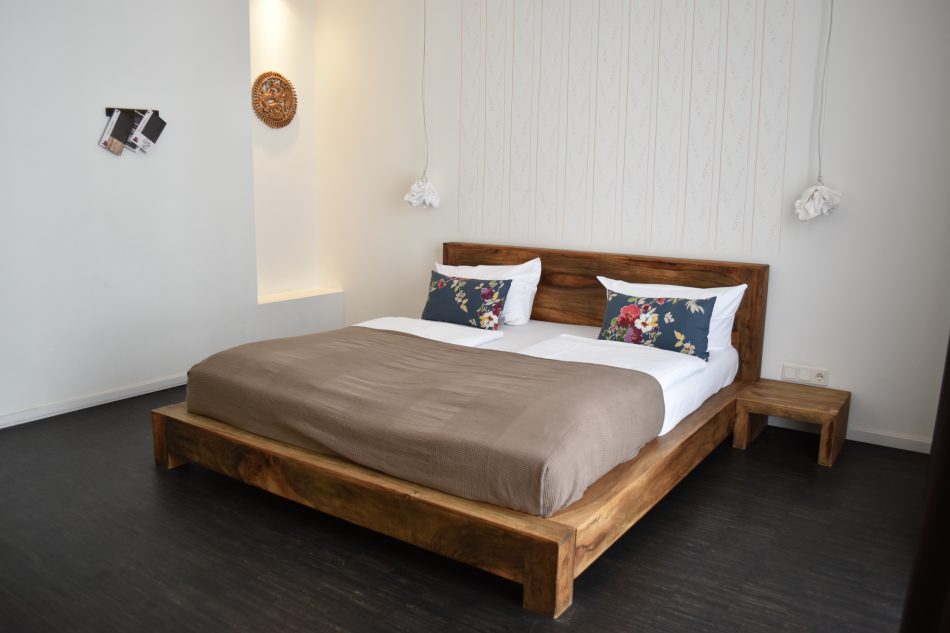 Berlin is often referred to as veggie capital of the world as there are so many vegetarian and vegan restaurants (click here to for my veggie restaurant guide to Berlin). But did you know that Berlin also has a vegetarian/vegan hotel? Hotel Almodovar only serves vegetarian and vegan food in their restaurant and at their breakfast buffet. A perfect hotel for vegetarians, vegans and conscious travelers visiting Berlin!
Hotel Almodovar is an organic 4 star hotel in hip neighborhood Friedrichshain. It has a rooftop city spa and you can rent bikes to explore Berlin by bike. The breakfast of Hotel Almodovar is served at Bardot’s Bistrot Deli. As you can also reserve a table for breakfast at Bardot’s bistro when you’re not a hotel guest, it has the atmosphere of a hip lunchroom instead of a clean hotel restaurant. Everything at the buffet is vegetarian and there are many vegan options as well. Everything is clearly marked with green and red marks (green for the vegan dishes and red for the gluten free options). They have home baked bread and even a vegan version of the famous German curry sausage! They even had vegan croissants! Don’t they look delicious? The breakfast isn’t only 100% vegetarian, it’s 100% organic as well! Hotel Almodovar’s vegetarian restaurant isn’t the only thing that makes it eco conscious. The rooms are furnished with natural materials, there aren’t energy-wasting mini-bars in the rooms and they only use electricity from renewable energy sources. The bed linnen on the beds at Hotel Almodovar are made from organically grown natural materials.  Even the cleaning products are environmental friendly. As if this all wasn’t enough to make Almodovar my favorite hotel in Berlin; the hotel room also came with a complimentary yoga mat that you can use during your stay!
You can book your room at vegetarian Hotel Almodovar here.

Click here for my vegetarian and vegan food guide to Berlin.