Where to eat in Sochi 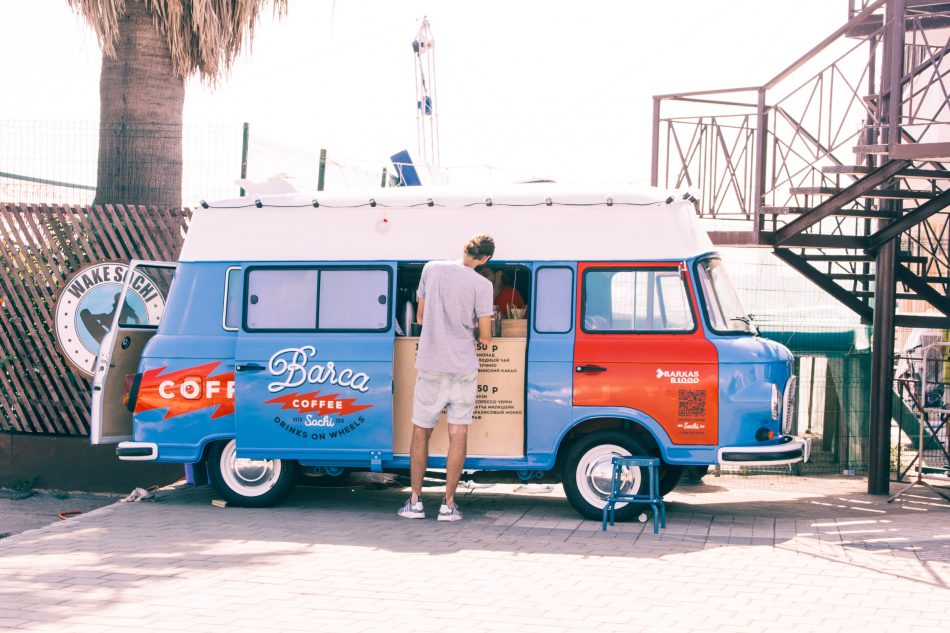 The city of Sochi in Russia has acquired popularity among its visitors as “the resort city.” People travel there from all over the Russian Federation to walk along colorful promenades and relax by the Black Sea. Whether your goal is to study rare trees in the Arboretum or ride on the Riviera Park
Ferris wheel, Sochi welcomes everyone with its sunny weather, picturesque views over the mountains, and of course, numerous restaurants and bars. Foodies will have plenty of choices, with a huge range of options from fine dining to street food. Whatever your budget, Sochi has you covered.

Those who want to experience Sochi as the locals do will appreciate the interior and atmosphere of the Cheburechnaya cafe. It also works as a cafeteria for companies situated nearby, so the closer it is to lunchtime, it is likely to get quite busy. The cafe, named after one of the most famous examples of Russian street food, offers a reasonable lunch menu with two courses and a drink. It will cost no more than 300 rubles and will give you an experience of dining in a real, Soviet cafeteria from the 1960s. You might get a bit distracted by Russian songs from upstairs though, which would belong to an occasional birthday party. However, these traditional tunes will add to the authentic feel.

The Russian beach and ski resort of Sochi has recently become a household name among non-Russians in recent years thanks to it being a place for major international sporting events. Since 2014, the city has hosted a round of the Formula One World Championship, the Winter Olympic Games, the FIFA World Cup, and featured on the European Poker Tour (EPT) calendar. The venue where the EPT took place can also boast of having one of the most popular restaurants in Russia.
Brunello has featured in many famous Russian magazines as a first-class venue run by the celebrity chef Ilya Zakharov. His experiences from numerous restaurants in Moscow lend to the exclusive European and Mediterranean dishes created by Zakharov for all visitors to try. If luxury and fine dining are what you’re after, then Brunello is the right choice for you. Who would say no to having a lovely dinner overlooking the mountains?

What can be better than unwinding on a quiet beach by the sea while enjoying the majestic view? Perhaps it’s having a small picnic with local favorites that you bought right on the beach at the same time. Many locals don’t bother bringing food with them, as they love the snacks sold by the merchants that immediately pounce when they see new visitors arrive. Each vendor has a different range of products that they carry in their specially designed backpacks. These include freshly boiled sweet corn with salt and butter, Turkish honey baklava, and round waffles with condensed milk. If you feel in the mood for something more substantial, then it’s easy to find a small cafe nearby where you can find delicious, local kebabs. Speak to any Russian, though, and they’ll tell you that never trying boiled corn on the beach in Sochi means never being in Sochi at all.

Sochi has a broad range of food options, suitable for all tastes and budgets. And as anyone will tell you, a major part of the Sochi experience is its food, so it’s best to live like a local and immerse yourself in the city.

Click here for my travel blog on St Petersburg.