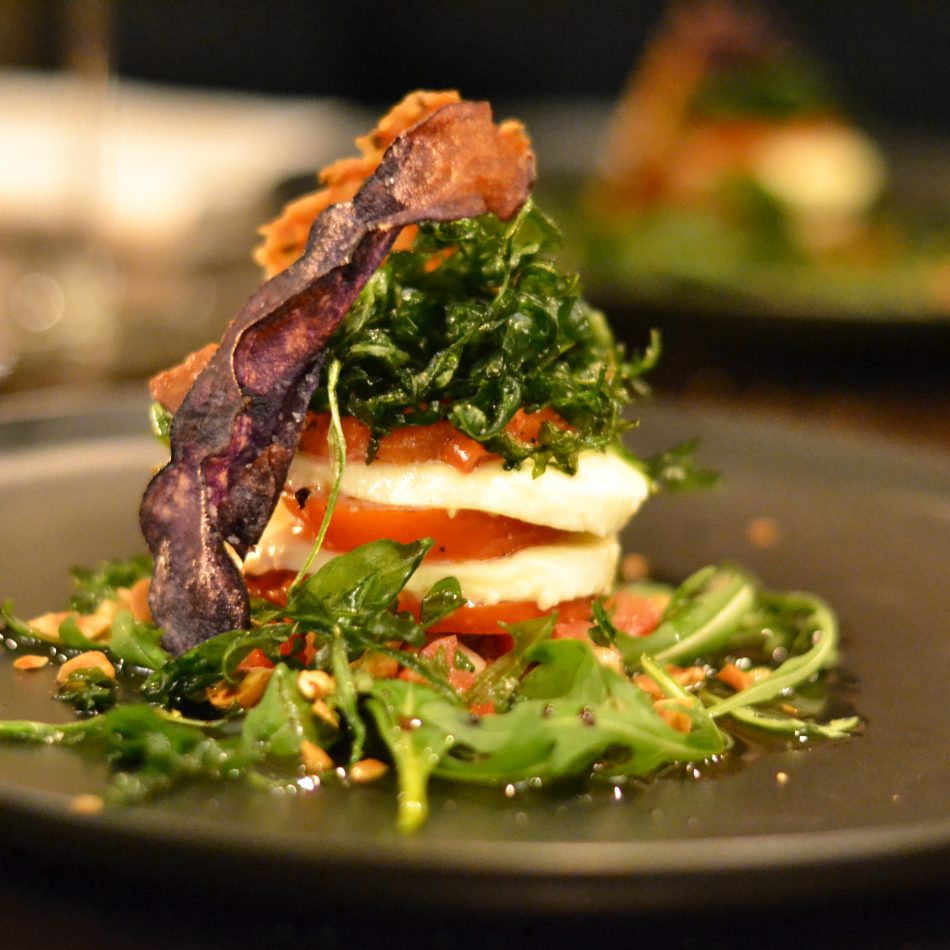 If you live in a city you probably recognize this: you never go to a restaurant in one of the neighboring villages! I’m totally guilty of this. When I lived in Amsterdam I never went to any of the small towns in the area (accept Hoofddorp, because I used to work there) and now that I moved to Tilburg I also stick to restaurants in the city center.
After 1,5 years in Tilburg I’m challenging myself to visit restaurants that are a bit further away from my house. I went to Brasserie VOC in Udenhout a few weeks ago and this week I went to Oisterwijk. Oisterwijk is a small town (officially with city rights) close to Tilburg. Oisterwijk is surrounded by beautiful nature, so it’s a great day trip to enjoy the outdoors first and then have dinner in Oisterwijk. I had dinner at Brasserie Vulders, a family owned restaurant in Oisterwijk. Our waitress was the daughter of the owners, her dad is the chef and her mother is the hostess. They’ve been running the restaurant for almost 20 years, and used the name Vulders since 2004.

I was positively surprised by the vegetarian dishes at Vulders. Often the chefs who’ve been cooking for years aren’t very creative with vegetarian dishes. But the opposite is true for Brasserie Vulders. I mean, look at this beautiful starter with tomato and mozzarella I had on the top of this page! Stefanie told me that often people who aren’t vegetarians order the vegetarian dish at Brasserie Vulders because it just tastes so good. And I understand! Their version of the French savory pie ‘quiche’ is delicious. It’s made with curry cauliflower and poached egg. They also have some mouthwatering desserts at Vulders. An apple pie with cream and raisins for example or this date cake with biscuits and walnut ice cream .

My conclusion: go check out restaurants in small towns near your city! And if you live in Tilburg: go to Brasserie Vulders!