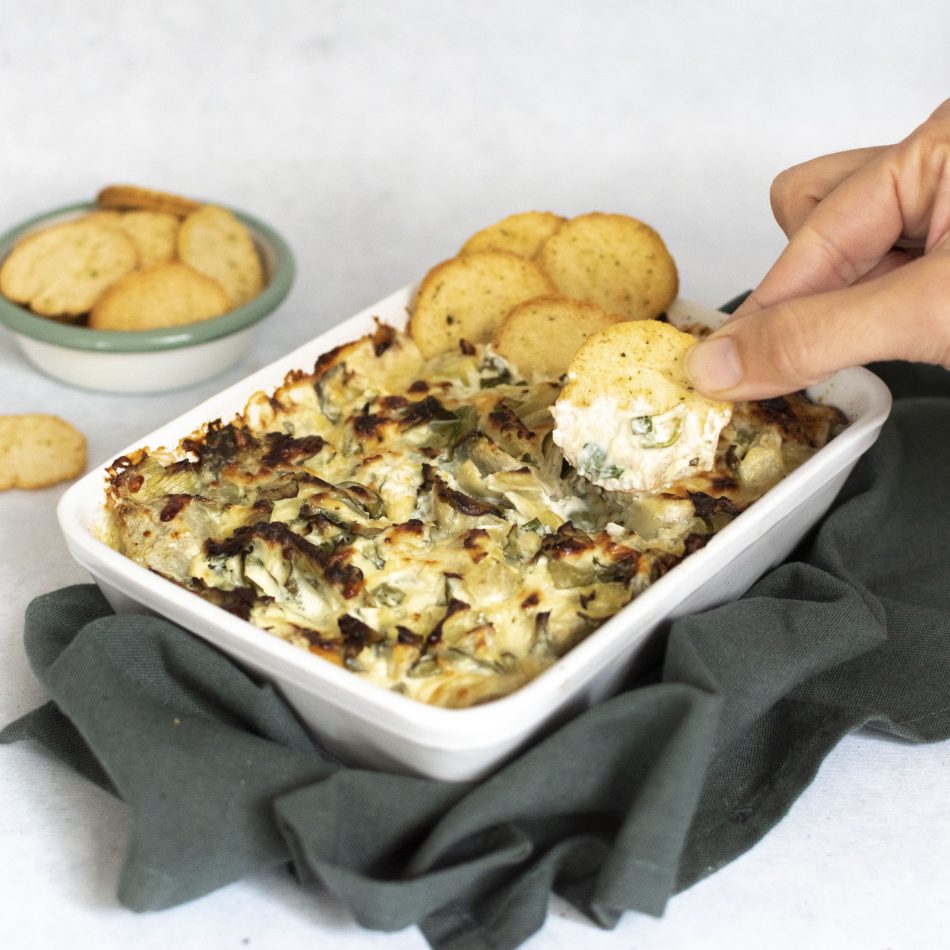 On this page I’m sharing the recipe for this creamy Spinach Artichoke dip. It’s perfect finger food and a great snack for a movie night at home. The dip is super creamy, and because it has spinach and artichoke in it, you’ll be eating vegetables without noticing it. Get some nice crackers, for example garlic flavored ones, and you can dip all night long!

I first tasted a spinach artichoke dip when I was on vacation on Sint Maarten and we were invited to a pot-luck pool party. Someone brought this dip and I loved it! I think I ate half the bowl. When I came back home I decided that I wanted to create a recipe for it. The trick is to get it nice and creamy. I think I managed by combining cream cheese and sour cream and by using two kinds of cheese.