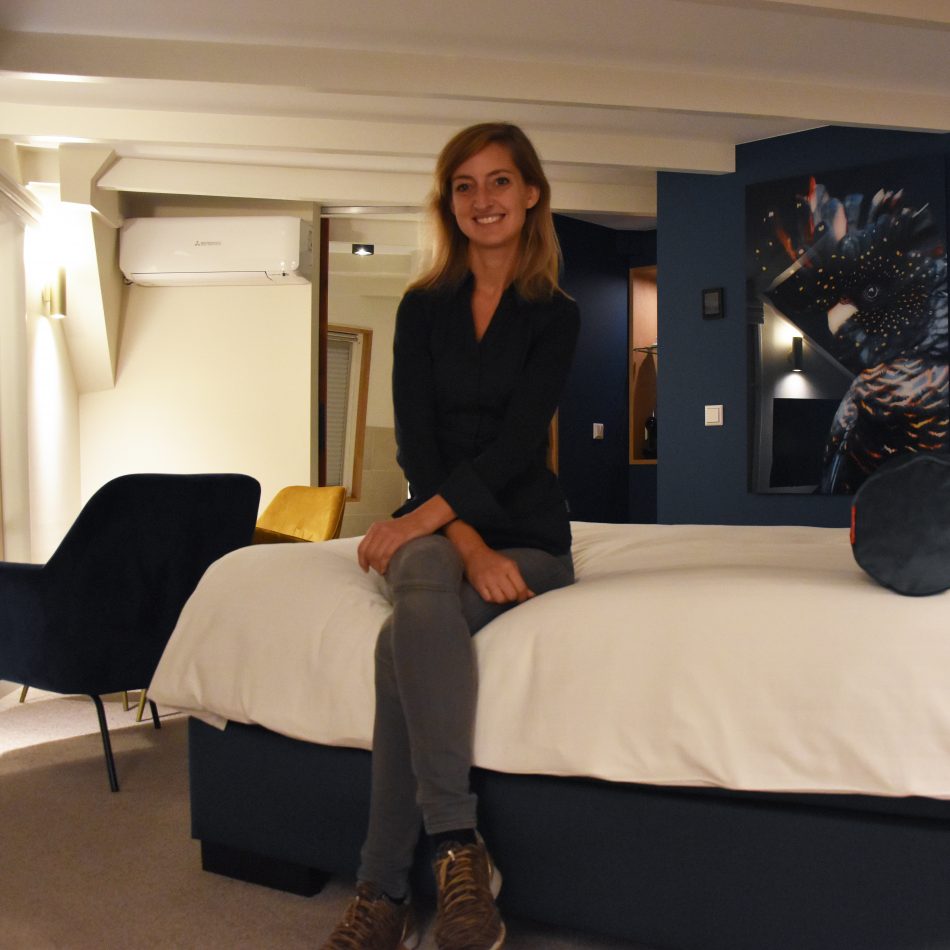 You might remember how I told you about my favorite hotel in the Hague: La Paulowna. Well, they’ve got news! They’ve extend their hotel with three more rooms in a separate building across the square. The building is called Little Anna and houses three beautiful hotel rooms. On this page I’m telling you all about Little Anna by La Paulowna Hotel The Hague.

As I said, the suites at Little Anna are part of La Paulowna Hotel in the Hague. La Paulowna is a boutique hotel that opened its doors in 2015. It’s a small and unique hotel owned by the couple Wim and Anushka. They lived in the Anna Paulownastreet, opposite the hotel, and loved the building since the first time that they saw it. They followed their dream and opened up the La Paulowna Hotel.

This year they expanded. They’ve opened up three more hotel rooms across the street in a building that they lovingly called Little Anna. I love the name because it looks like my own name and my little niece is called Anna. But of course it’s named after Anna Paulowna, the namesake of the street and the La Paulowna hotel.

There are three rooms in the Little Anna building. They’ve all got their own feeling and their own colors. This makes the interior different for all three suites.

We stayed in the Petrol room. It had a really cool blue wall with a nice artwork of a tropical bird. The bed had a wooden headboard and pillows from Fatboy. We didn’t set an alarm and slept for over 9 hours! So I guess the beds are tested and approved by us.

The bathroom has a lovely rainshower, big towels, bathrobes, a hairdryer and sustainable shower gel and shampoo. They had toiletpaper from the Good Roll, that donates part of its profit to sanitary projects in development countries.

We had a desk and a living room area. The rooms of Little Anna are warm and cosy, but also equipped with all kinds of modern gadgets. You’ve got a code for the door for example, so you don’t need a key. And you can arrange many things via the control panel in your room: the lights, the temperature, even the blinds can go up or down with one press of the button. The tv had a chrome cast so we could watch our own favorite shows.

If you’re staying at La Paulowna or Little Anna, you can enjoy breakfast at restaurant Hortus on the ground floor of the La Paulowna Hotel. With a warm drink and some freshly squeezed orange juice you can choose two dishes from the menu. I went for yogurt with fresh fruit and these pancakes. All recipes on the breakfast menu are vegetarian, and there are some great vegan options too.

Click here to reserve your room at Little Anna by La Paulowna Hotel in the Hague.

Even in Corona times, you can still go out for dinner at Restaurant Hortus if you’re staying at La Paulowna Hotel in the Hague.
Click here to read more about restaurant Hortus.