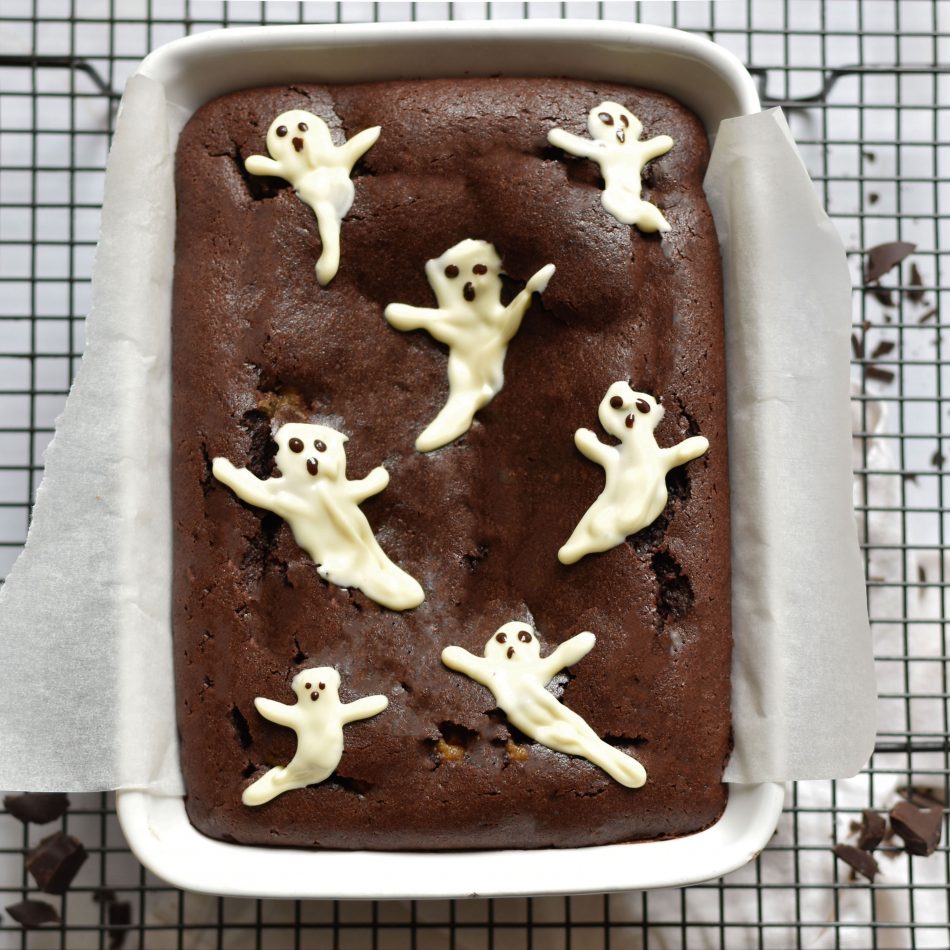 On this page I’m sharing the recipe for these spooky Halloween brownies. They’re a great treat to make for Halloween. Although I don’t think that these ghosts are very scary. I think they’re rather cute actually.
These spooky brownies will be a real showstopper at your Halloween party or any other scary themed party.

I used a brownie mix for these Halloween brownies. I only needed to add water and vegetable oil to the mix. But you can of course also make the brownies from scratch.

You can keep the brownies plain, but you can also add something to make them extra tasty. Chopped walnuts for example or chocolate pieces. I added cookie dough chunks from Ben & Jerry’s which I found at the freezer isle of my supermarket. It’s a bag with cookie dough chunks that are similar to the ones that you can find in their ice cream pints.

Cover the baking tin with aluminium foil and store the Halloween brownies at room temperature. They stay nice and gooey for 4-5 days.