Review: The Upside Down Amsterdam 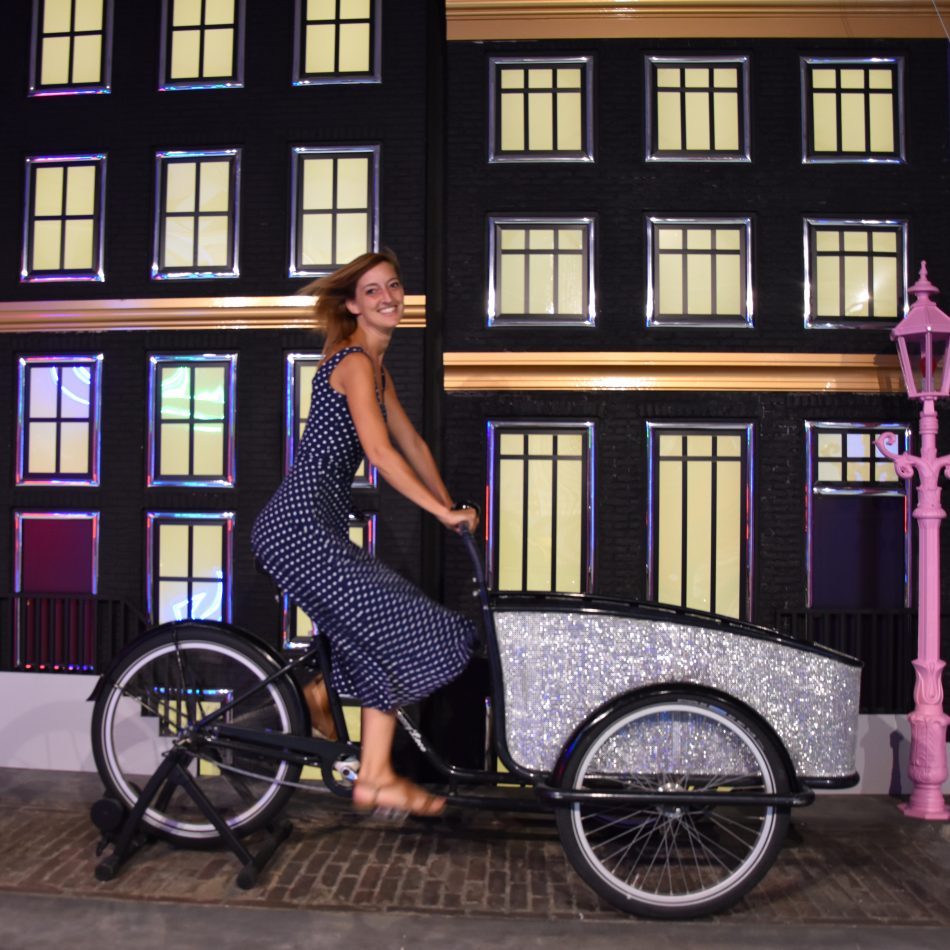 The Upside Down in Amsterdam is an interactive experience. It’s often referred to as a Tiktok museum or Instagram museum. Although it’s not like a museum, as at the Upside Down you cán touch everything, I do understand those titles. You can make great photos and videos here that will be perfect for your Tiktok or Instagram account!
I’ve been to the Upside Down Amsterdam and on this page I’m sharing my review.

Wondr in Amsterdam was the first ‘Instagram museum’ of Amsterdam, but several other experiences have opened up since. The Upside Down is one of them. Although it’s not the first, it is certainly one of the best. They call themself the largest Instagram museum of Europe. Now I don’t know if it’s true, but the fact is that with 25 settings and 1500m2 it’s certainly big!

The Upside Down in Amsterdam has opened up on July 3rd 2020. It was founded by influencer Anna Nooshin. The theme of the interactive museum is ‘The New Dutch’. They want to show some typical Dutch things, but not the old-fashioned windmills and wooden shoes. The New Dutch stands for world famous Dutch fashion designers, DJ’s, soccer players, painters and models. But also inclusivity and Dutch parties. And there’s an underwater room as much of the Netherlands is below sea level.

In some rooms the museums name ‘The Upside Down” is taken quite literally, as there are a few rooms in which the entire interior is upside down. If you take a picture there and turn in 180 degrees, it looks like you’re dangling from the ceiling or floating in the air. Like in this room, which is one of the first rooms. You feel like you’re in a palace where New Dutch queens and kings are honored.

But there are several other rooms that are upside down. Like this one where it looks like you’re at a club. There’s a dj booth and a round sofa, and there are discoballs at the ‘ceiling’. There’s also the interior of a house that’s upside down, and even a men’s room that’s the other way around.

Speaking of Dutch, you might know the typical Dutch pastry the ‘tompouce’. At the Upside Down you’ve got a swing that’s resembling a giant tompouce. There’s a keyboard next to it in which you can type in your favorite message. I went for my blog and Instagram name: Anne Travel Foodie.

There are several cooperations with the Upside Down. The room with the big teddy bears is made together with ‘Het Vergeten Kind’, a foundation that is committed to helping children that are often overlooked.

Just a small warning, the Upside Down starts with two experiences that can be a bit intense. One is a walkway through a rotating tunnel and the second is a room with loud music and flashing lights. Once you’re done there though, you’ll enjoy all the cuteness overload that you’ll see at the Upside Down.

Click here to buy your tickets for the Upside Down in Amsterdam.