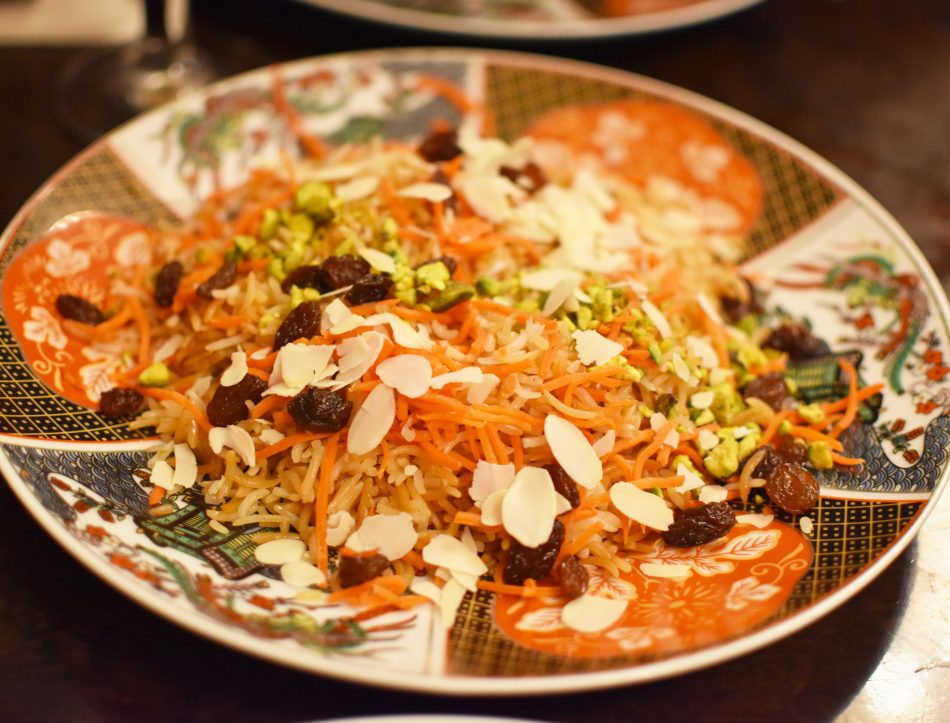 When I still lived in Amsterdam, one of the first restaurants my boyfriend took me to in Tilburg was Sarban, an Afghan restaurant. I thought it was quite unique to have an Afghan restaurant, so I was really curious to try it out. This was about 5 years ago, and I mostly remember the incredible service. The waiter was super friendly and really took his time to explain everything. Ever since then I’ve been recommending Sarban to friends in Tilburg who thought they’ve been to most restaurants. Now it was time for me to go back and to take some nice pictures so I could finally write a blog about this unique Afghan restaurant in Tilburg.

You can find Sarban on the Besterdring, a relatively big street North of Tilburg’s central station. For a few years the Besterdring didn’t really have a good reputation, but it’s really flourishing now because of places like Sarban and healthy take-out food shop Eetwinkel Verzot.

Sarban opened up in 2010 as the first Afghan restaurant in the South of the Netherlands. It’s run by sister and brother Rabia and Ahmad Alizadah.
As I already said, having dinner at Sarban is more than having a good Afghan meal. It’s almost as experiencing how it’d be to have dinner at the house of an Afghan family. Rabia and Ahmad welcome you with open arms and they take their time to explain a little bit about all the dishes and the Afghan eating culture.

You can order the dishes that you’d want from the menu at Sarban in Tilburg but I recommend that you go for the kennismakingsmenu (‘introduction menu’). They’ll serve smaller portions of the majority of the dishes on their menu in 3 courses. This is a great way to get introduced in the Afghan kitchen and to taste as much as you can. Asking for a vegetarian menu isn’t a problem.

Besides serving delicious food and creating a living-room feel, the Alizadah family does more for Tilburg and its community. Every week they have a table available for members of the Quiet Community (inhabitants of Tilburg that have less to spend) and they offer a working space for under-aged asylum seekers.

Restaurant Sarban in Tilburg was the first restaurant for the Alizadah family but they’ve also opened up restaurant Zaher in Den Bosch and restaurant Attan in Waalwijk.

Click here to reserve your table at Afghan restaurant Sarban in Tilburg.