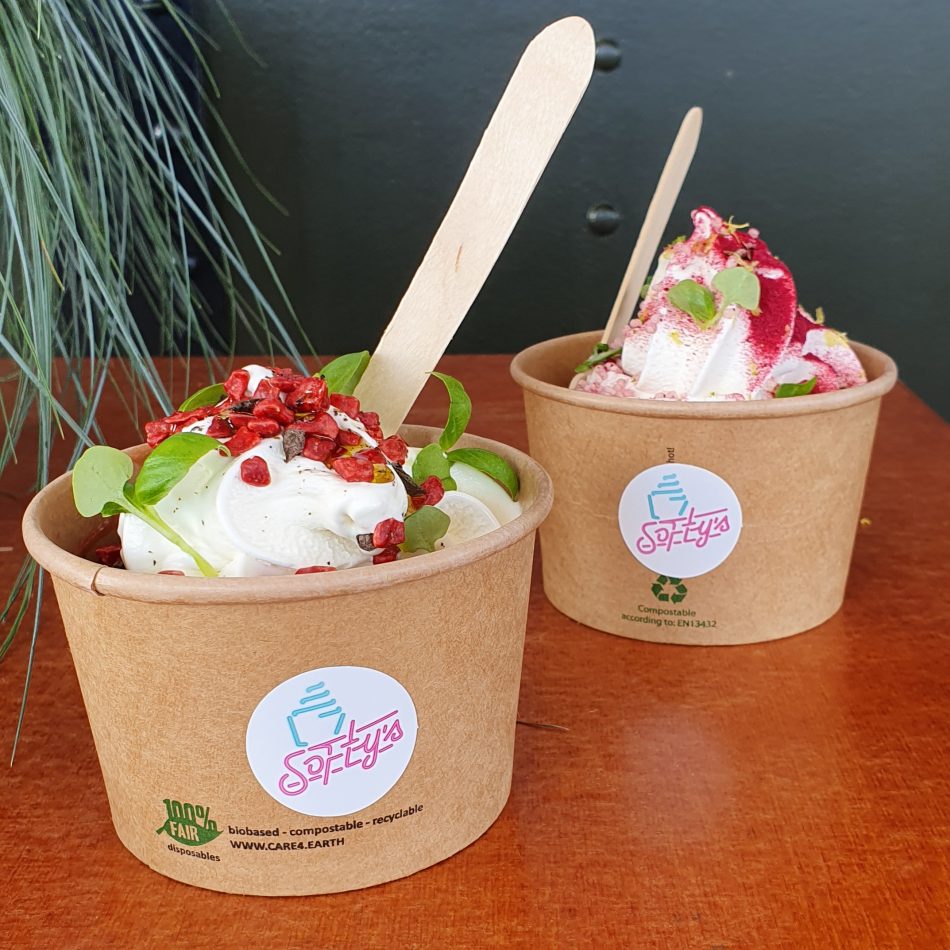 Steck013 has opened up in the former Lindeboom restaurant on the infamous ‘vijfsprong’ in the city center of Tilburg. It’s a real traditional ‘eetcafe’ like we used to have many of in Tilburg. But they’re slowly disappearing with all the hip food concepts opening up. Luckily Steck 013 gives you that oldfashioned feel of a living room style cafe with an affordable menu. You can see that it’s modern though, by the large amount of vegetarian options on their menu. I had this vegetarian quiche and it was delicious.

Restaurant T-Huis has opened up in the Spoorpark. The owner of T-Huis also owns Restaurant Rak at the Piushaven, and you can see the similarities in the menu. Which is not a bad thing, as I love Rak!
For a restaurant in a public park, the menu isn’t very child-friendly. But it’s great for millenials like myself. The dishes are high in flavor and you might want to save room for dessert as you get to choose it from a board with all options on display.
Click here to read more about T-Huis Spoorpark.

Hungree is a take-out and delivery restaurant. It’s located near the Julianapark in Tilburg Noord. But no worries if you think that’s too far away from where you live; you can just have your food delivered to your door. They’ve got all kinds of dishes at Hungree. My boyfriend loves their chicken satey. And I love it that the have no less than 3 vegetarian options. Pictured you see the red beet burger with sweet potato fries.

On June 1st Stadscafe Brick has opened in the Stadhuisstraat. You can visit Brick for lunch, dinner or a drink. Their menu has all the classic lunch and dinner dishes and some surprising dinner dishes with an Indonesian twist like Rendang and (chicken or vegetarian) sate.

Softy’s is a great example of how you can be creative as a restaurant during these strange Corona times. The train compartment of restaurant Eetbar de Wagon in the Spoorzone that is normally used for business meetings and group activities, is now turned into an Ice Cream parlor. At Softy’s you can get your soft-serve to go. They’ve got 8 different flavors that are not your average soft-serve (or ‘softijs’) flavors. The most alternative one, for the dare-devils, is bacon, egg and cornflakes. But you can also play it more safe with strawberry, basil and olives or with yuzu and blueberries.

Another great example of a creative initiative in Corona times is Cote Sur Vive. You can find it at the terrace of the Boemel in the Spoorzone. You’ll feel like you’re on vacation in your own city if you’re going there. There are bean bags and a bar, but there are also great activities and entertainment like the ‘sit down disco dance’.

De Falafelbar has opened up in Bank15 and is the brother of Bao atelier Kokumi that was already there. They’re starting with a small menu with mostly just pita falafel. But they’ll be expending soon. Now that Bank15 will move from the Spoorlaan you can’t sit down at the restaurant, but you can still order the dishes for delivery.

There’s a new delivery and take-out restaurant in de Reeshof. Tex-Mex Streetfood delivers, you’ve guessed it, Tex-Mex streetfood. Their Texan-Mexican menu consits of dishes like nacho’s, buffalo wings and tortillas. For now they deliver in de Reeshof and Tilburg West but they do have plans to expand to other neighborhoods too.

You might remember Beachy from when it popped up in 2019 near the Schouwburg. This year they’ll be back in Tilburg Noord. Close to the roundabout with the turning house. It’ll become a real ‘city beach’ with sand and beach chairs, next to the water of the Wilhelminakanaal. I’ll let you know when it has opened up.

Want another bucket-list?
Click here for all restaurants that have opened up in Tilburg in 2019.