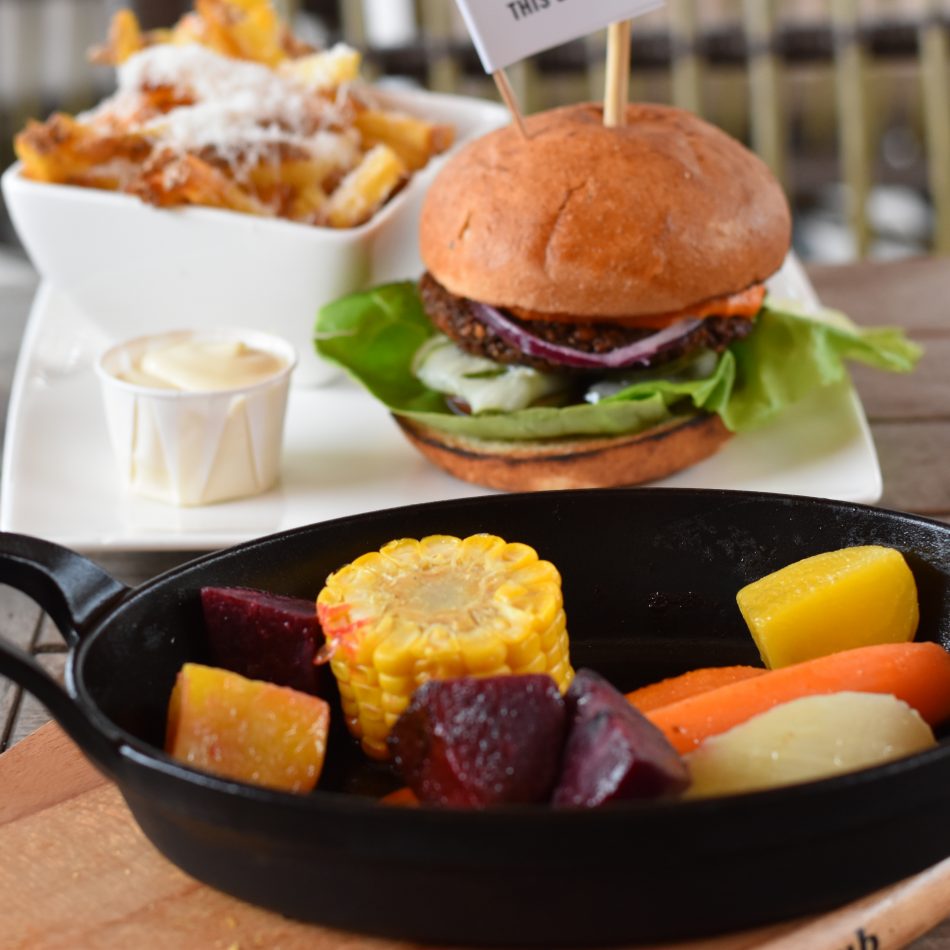 Thrill Grill, one of my favorite burger restaurants with locations in Amsterdam, Haarlem and my home town Tilburg has just launched their new menu.
They’ve added many new dishes to the menu so I went there straight away to try some out!

From now on they have a whole list of dishes to snack or to share. You can go for nacho’s or crispy nori chips for example. Or go for one of the platters (meat or vegetarian) with a selection of snacks. They also have quite a few side dishes that you can order with your burger. They have onion rings, vegetarian bitterballen (croquettes), grilled zucchini, grilled corn, mixed green salad and oven-baked veggies. The oven-baked veggies are different every season, as you can see right now it’s red beets, yellow beets, fennel, corn and carrot. They also have two new desserts at Thrill Grill! You can now order French Toast and grilled pineapple, both served with a scoop of vanilla ice cream. Besides all these new items they luckily still had the two vegetarian burgers that I like a lot, the Mexican burger made from beans and served with nacho’s and the Veggie Falafel Thriller pictured above. This burger is made with homemade falafel, pickled red onion, bell pepper hummus and served on an organic bun. And they also still have the desserts that they already had, the brownie, the apple pie and the cheese cake with raspberry sauce.

Will you be going to the Thrill Grill in Amsterdam, Haarlem or
Tilburg?