The 10 best coffee shops in Barcelona for coffee lovers 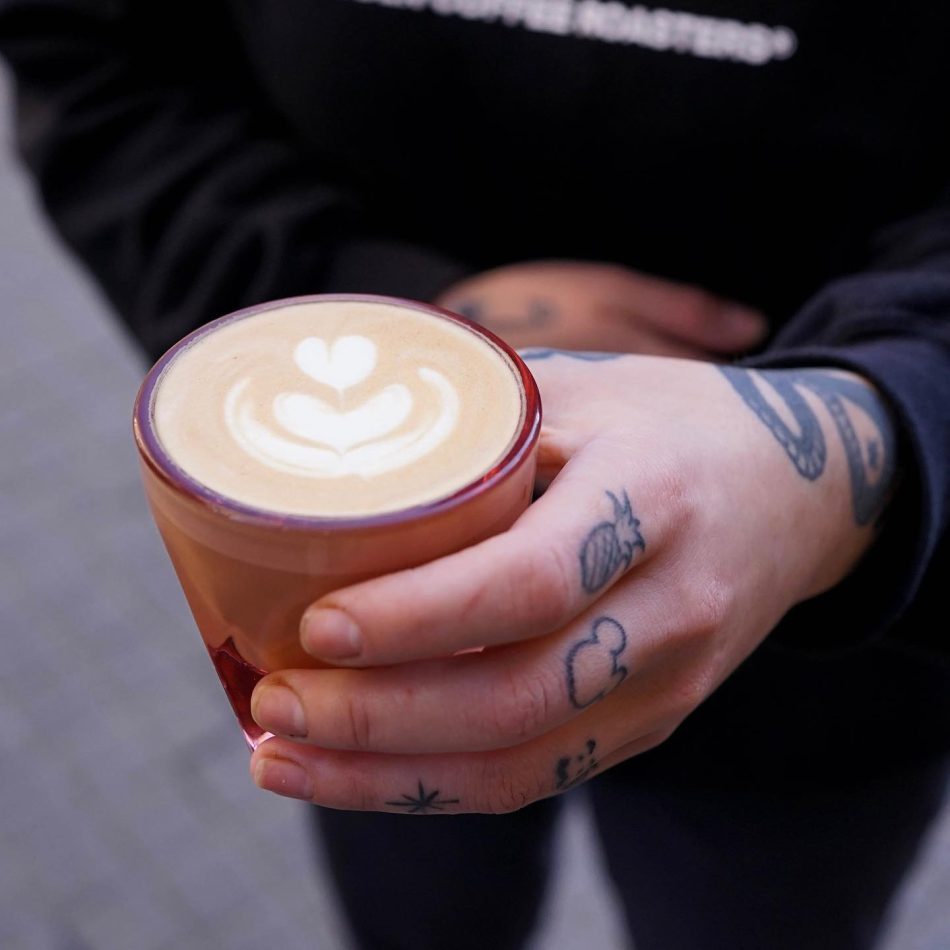 Nomad is probably the most popular coffee shop amongst coffee lovers in Barcelona. Nomad started in London in 2011 before moving to Barcelona. Their mission was (and still is) to bring good coffee closer to the public. They opened up their own roastery in Barcelona and sell their Nomad coffee to cafes all over the world. In Barcelona you can taste it at the Nomad coffee shop and lab In the South of Eixample, North of El Born, right next to the Arc de Triomf. As well as in several other coffee shops in Barcelona.

The owners of Hidden Coffee Roasters actually travel around the world looking for the best coffee beans. They have been to all the farms where their beens come from, to ensure a healthy coffee market. And since there are no intermediates, the farmers get a fair price for their beans. Also great: their packages are 100% compostable. Hidden Coffee Roasters has two cafes in Barcelona (in El Born en Les Corts) and a roastery in Poblenou. You can buy their coffees for at home as well.

Three Marks roasts, brews and serves coffee in Barcelona. They’re located in the neighborhood Fort Pienc, in between El Born and Poblenou. They’re named three Marks because the three friends that started it are all named Mark. They pay a lot of effort to their coffees and to their costumers. You’ll taste the love! They also ship their coffees throughout Spain for free.

ÖSS Kaffe is a bit of a hidden gem. It’s located in a street in Raval that’s mostly known for its nightlife. They’re actually one of the few cafes in their street that is open early. I think it’s the best coffee spot in the Raval neighborhood. ÖSS Kaffe first opened up in Buenas Aires, Argentine before setting foot in Spain. They honour their tagline ‘architects of coffee’, as they really know about coffee specialties.
Fun fact: Nomad coffee used to be in this shop for 6 years until ÖSS Kaffe took over in spring 2022.

Syra Coffee started as a small Barcelona coffee shop in 2015, with a focus on good coffee for takeaway. They still focus on good coffee, nowadays not only for take away but at one of their fifteen (!) coffee shops and for at home. They deliver their coffees for free in Spain, with no minimum order amount. Syra Coffee roasts their coffee on a daily basis in Barcelona. Their coffee is fully traceable, socially ethical, and environmentally sustainable.

Morrow Coffee isn’t only attractive because of their high quality coffees but also because of their stylish interior. Morrow opened up in 2017 with a cafe and a micro-brewery, and they’re still focussing on what started them a few years ago. Running a specialty coffee shop, roasting their own beans and keeping an eye on the latest trends and movements of the industry.

At Satan’s Coffee Corner they love coffee so bad that they don’t even serve tea. I’m not joking! Kids are also not allowed inside. So it’s the ultimate place for coffee lovers! Besides their super good coffees they’ve also got a varied brunch menu with something for everyone.
They’ve got two locations, the original one in the Gothic Quarter and a more upscale one in Eixample.

The owner of El Magnifico, Salvador, took over the cafe from his parents that started the business in 1962. They roast their own coffees, and Salvador also worked as a judge for several coffee competitions and is part of the non-profit association called The Forum Cultural del Café. This association is a benchmark for all professionals in the coffee business, bringing together a major part of the Specialty Coffee sector. On their website you can find out more about the history of El Magnifico, their values, the process and more.

Slowmov is a specialty coffee company with two coffee shops in Barcelona. They only work with single-origin, 100% Arabica products from specific microclimates and areas. They also offer training for all levels in each of the disciplines of specialty coffee.

On y va, French for ‘let’s go’, is a specialty coffee cycling cafe like you’ll find them more often in Spain. When you cycle for a long distance, you’ll want to stop at a nice cafe for a good coffee and perhaps something to eat. Ferran also had this during his cycling trips, and from there grew the desire to have its own place with high quality coffee where you can share stories with other cyclists. That’s how On Y Va was born. On Y Va roasts their own coffees and keeps a close eye out on fair conditions for the producers.

Click here for the best brunch spots in Barcelona.