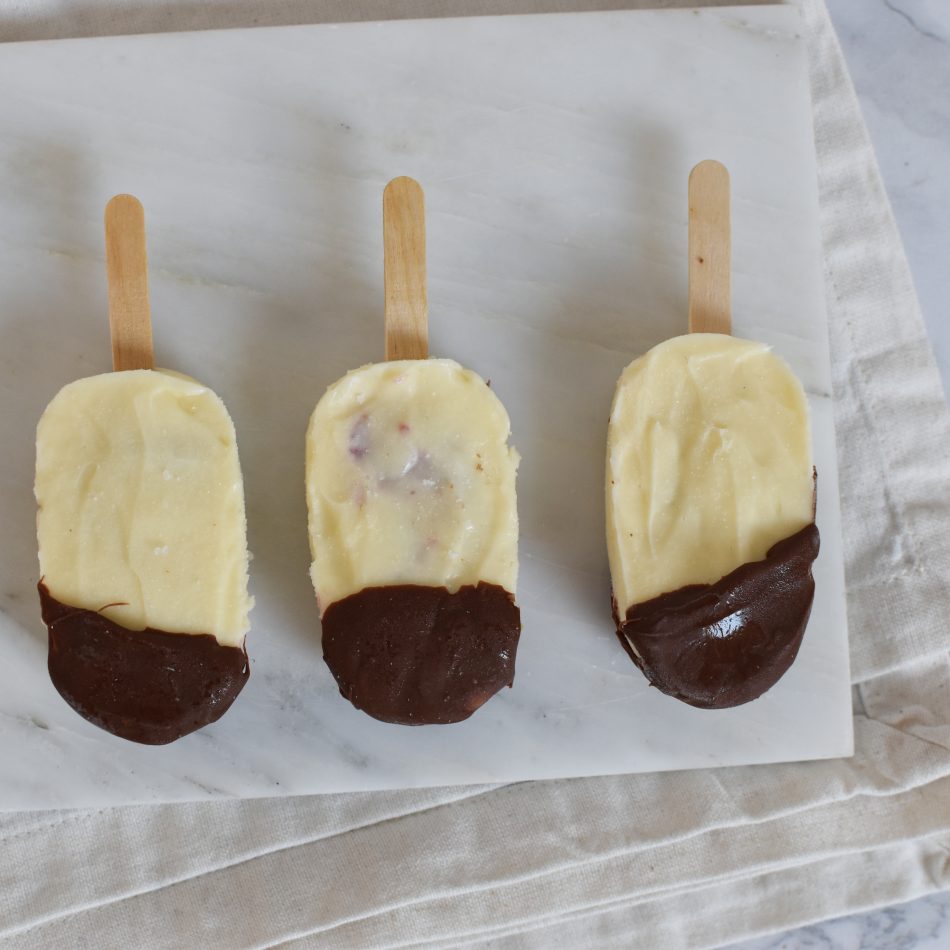 I made all kinds of cheesecake variations before, from gluten-free cheesecake to vegan cheesecake and from Baileys cheesecake to healthy raspberry cheesecake. When I was making my cheesecake bites the other day, I came up with a new idea: cheesecake popsicles. On this page I’m sharing the recipe of these Cheesecake Popsicles.

With the chocolate covered cheesecake bites, I noticed that my fingers were getting dirty because of the chocolate melting on my fingers. So I figured if I made popsicles, I can just hold them by the stick. When I made these cheesecake popsicles for the first time, I discovered that it’s quite tricky to cover them whole in chocolate. So when fine-tuning the recipe I decided to just dip the tops in melted chocolate.
I filled my cheesecake ice-cream popsicles with a layer of cranberry compote, to add an extra touch. And we all know that cranberry is the best topping for cheesecakes!

Put the cream cheese, powdered sugar and vanilla extract in a bowl. Whisk for a few minutes until mixed and soft. Fill half of the ice cream molds with cream cheese. Spoon a layer of cranberry compote on each ice cream. Top with the remaining cheesecake. Put the ice cream popsicles in the freezer. You can do this step a day before, but if you don’t have that much time just freeze them for at least an hour.

Feeling adventurous? Why not try my hummus ice cream?