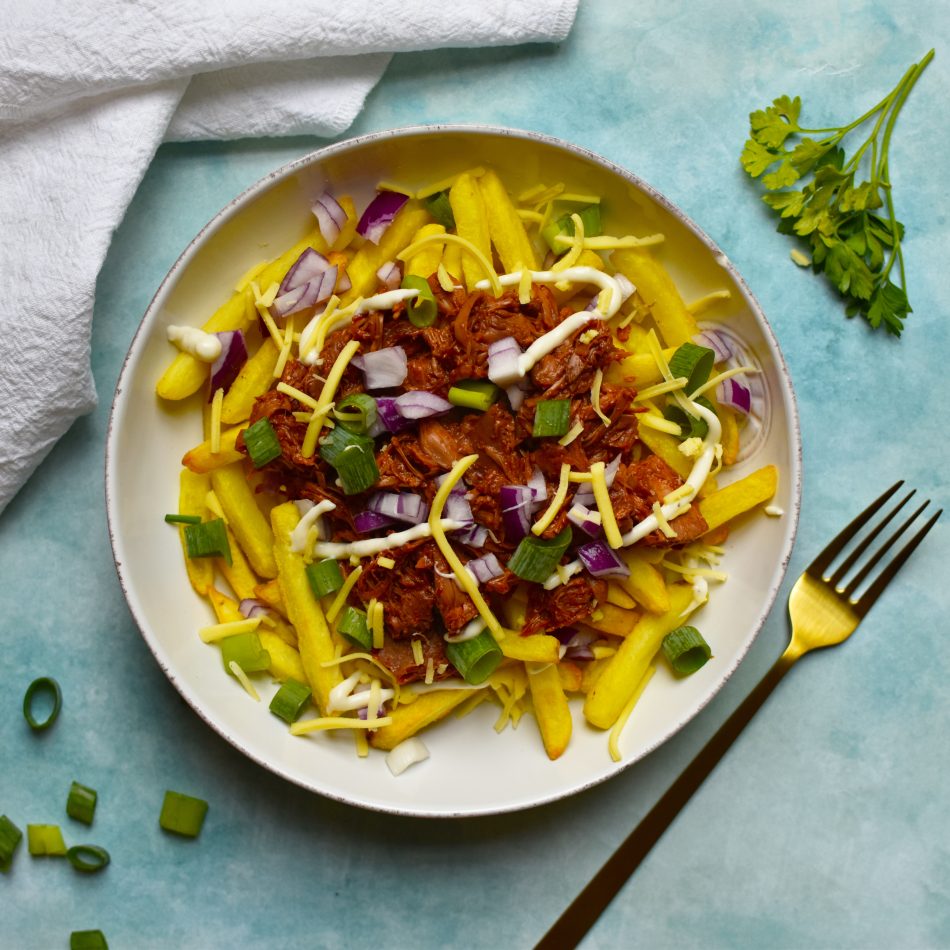 I’m a huge fan of loaded fries. I already shared several loaded fries recipes on my blog, for example loaded sweet potato fries. This time I made vegan loaded fries with pulled jackfruit. Jackfruit is such a great meat replacement!

I’ve created this recipe with oven fries, which are healthier than deep fried fries. You can of course also use sweet potato fries instead of regular oven fries.

Preheat the oven to 220C. Line a baking sheet with parchment paper. Divide the fries over it and bake for 20-25 minutes. Hustle occasionally so that all sides have been on top.