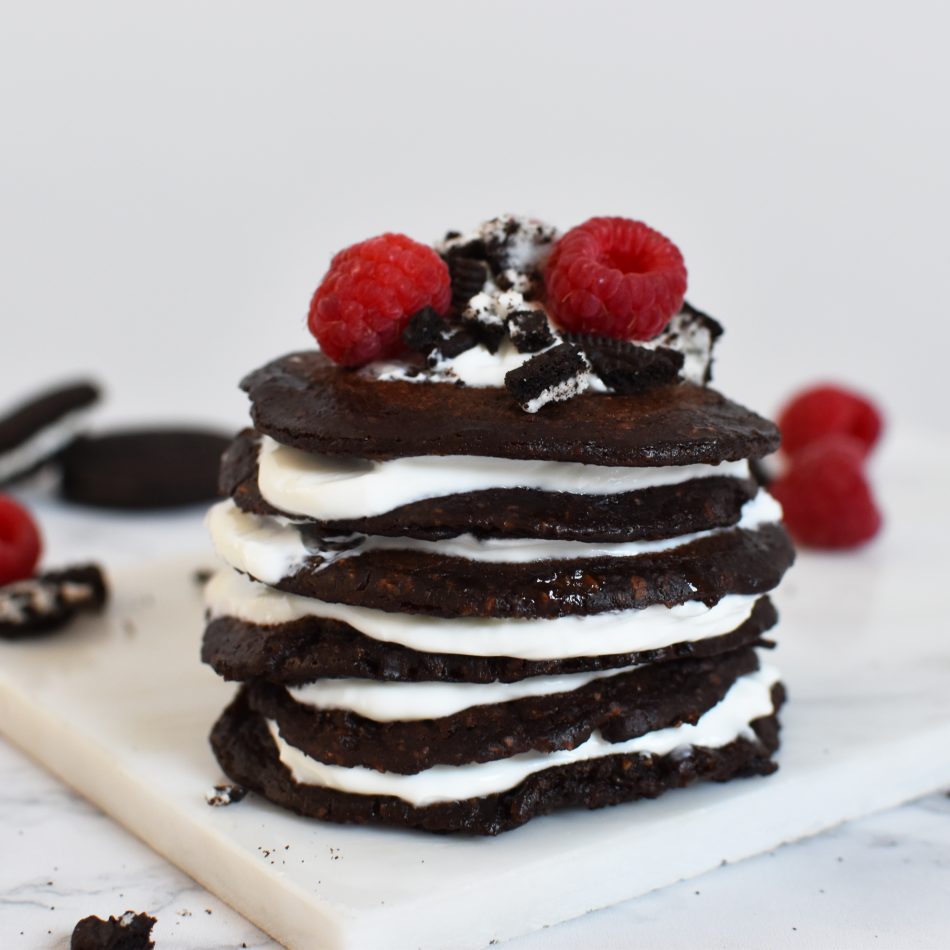 I created these vegan Oreo pancakes based on a recipe in the Fab and Fit on a Budget cookbook. In the cookbook Ellen shares a recipe for a vegan pancake batter and several variations with that basic recipe. One of the variations is Cookies and Cream Pancakes, made with Oreo cookies. I’ve adapted her recipe slightly to keep the pancakes vegan. These pancakes are free from added sugars or sweeteners (only the Oreo cookies contain sugar). Scroll down for the recipe of Vegan Oreo Pancakes.

Mix the plant-based milk, banana, oatmeal and cacao in a food processor or in a blender. Crumble 3 Oreo cookies and add them to the food processor as well.
Warm some coconut oil in a pan. Use a sauce spoon to create equally big pancakes. Bake the pancakes for about 2 minutes on each side. You’ll be able to make about 6 pancakes from the batter.
Spread a bit of quark or yogurt on 5 pancakes and pile them all up. Put the 6th pancake on top. Top it with a bit of the remaining quark. Crumble the last Oreo cookie on top for decoration. I served mine with some fresh raspberries, because the flavor and color go great with these Oreo pancakes.

Click here for all my healthy breakfast and lunch recipes.