The vegan Beyond Meat Burger is now available in the Netherlands 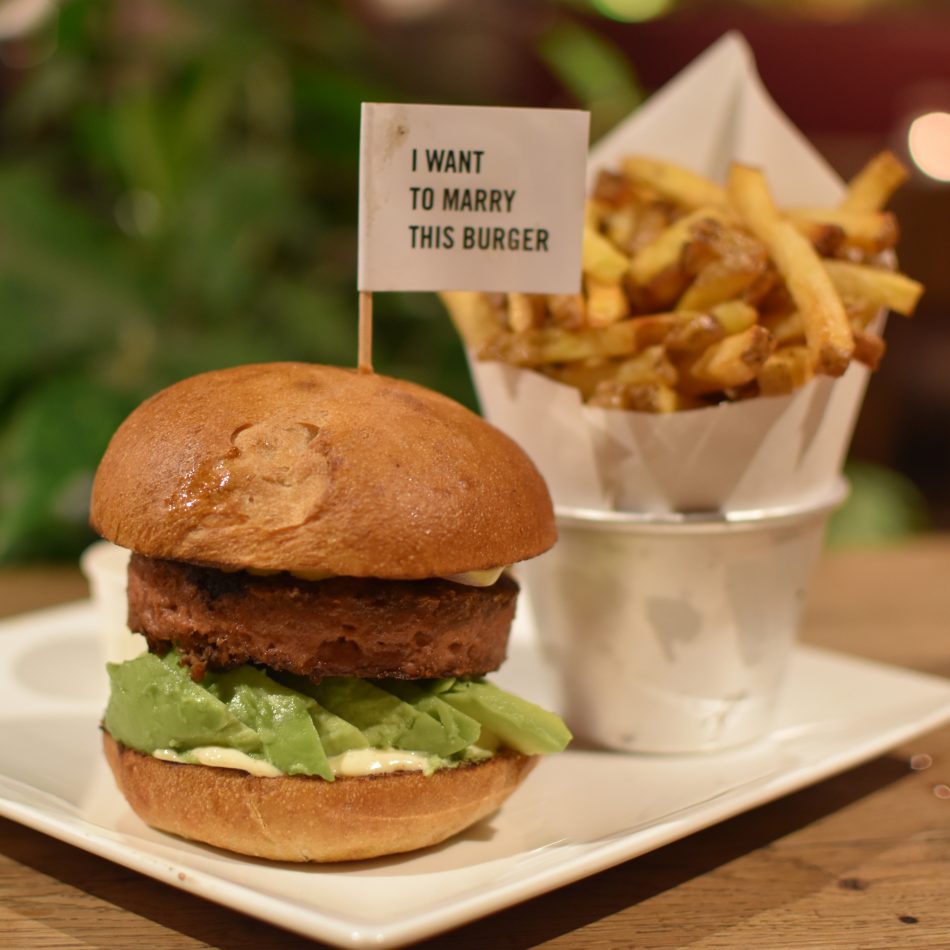 Great news! The vegan ‘Beyond Meat‘ is now available in the Netherlands. I was very excited when I heard the news and I wanted to try it straight away. Let me first introduce Beyond Meat to you, for if you don’t know it yet. Beyond Meat is a plant-based (vegan) meat substitute. It’s invented by Los Angeles based Ethan Brown. It’s truely revolutionary as the Beyond Meat looks and tastes exactly like meat.
Beyond Meat started in 2009 with meat-free ‘chicken’ and after several other products they created the Beyond Meat burger in 2016. They Beyond Burger is free of soy, gluten and GMO’s. It’s even cholesterol free. It contains 20 grams of proteins and half the saturated fat of a beef burger. I’ve seen it on my Instagram feed a couple of times as the vegan burger was already available in the United States.
You can imagine that I, as a vegan burger lover, was really excited about this news! I have to say I was a bit disappointed when it arrived because it didn’t look like it had the texture of meat. But when I took one bite I was flabbergasted. It tasted just like a beef burger! And as you can see on the picture, the inside of the patty did have the texture of meat. I think meat substitutes are getting better and better and I like the taste of most of them a lot but you do clearly taste that you’re not eating meat. This Beyond Burger however could fool a carnivore. I think the Beyond Meat Burger is revolutionary and it will change the way we look at meat substitutes. So go to your nearest Thrill Grill restaurant quickly to try it out!

Click here for all my favorite vegetarian/vegan friendly restaurants in Amsterdam.