New restaurants in Tilburg in 2019 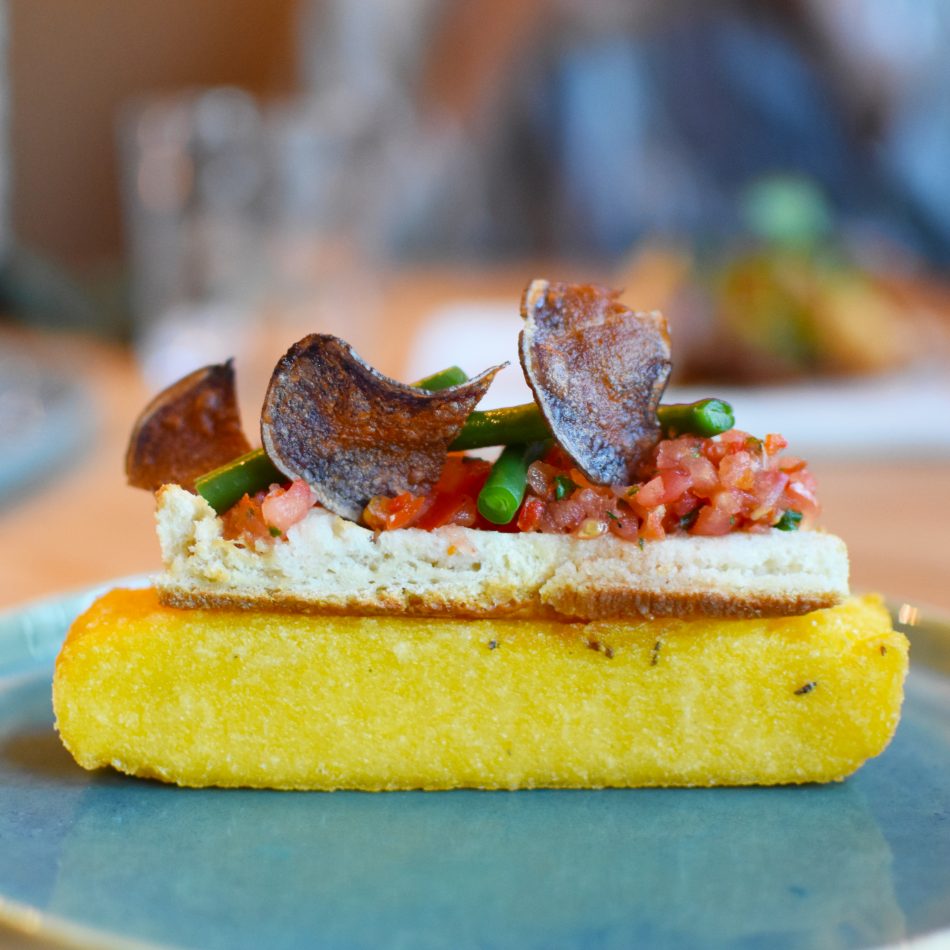 Rijslust is a restaurant that combines travel and food; they combine Italian pizzas with flavors from all over the world. Pizzabar Rijslust is open for lunch and dinner and they have several Italian items on their menu. From focaccia and ciabatta for lunch, to pizza’s in the evening. Expect high quality pizza’s at Rijslust. They let their dough rise and rest for 48 hours and bake the pizza’s in a characteristic Italian brick oven.
Although many dishes might sound Italian to you, they’re actually inspired by all kinds of countries from all over the world. From guacamole from Mexico to Rendang from Indonesia.

Sis Luncherij has opened up at the start of 2019. It’s the perfect spot to order lunch catering for groups or your office. They’ve got all kinds of sandwiches, salads, wraps and poke bowls.

Club Jolie is the new project of the team from DonCurado, the Spanish restaurant that used to be housed in the building at the Piushaven. Club Jolie is open for lunch, drinks and dinner and serves dishes from all over the world. For lunch they have several soups, salads, pita tosti’s and platters like the healthy lunch platter with yoghurt and granola, fresh fruit and orange juice. For dinner Club Jolie in Tilburg has all kinds of street food dishes for starters like crab cookies, ceviche and polenta.

The boat in the Piushaven harbor has been closed for years. Luckily it opened up again in 2019 as a restaurant. At Boot 013 they specialize in dishes from their Big Green Egg, so it’s great if you love your food grilled. They have a terrace on the water that is great for sunny days.

Also new at the Piushaven: Jaxx Marina. You can find it in the building where H(e)avens Kitchen used to be, before those owners opened up Miss Bien Chanternel on the Korte Heuvel. Jaxx Marina is open for lunch and dinner. They are influenced by both France and the Mediterranean as Asia.

Flipped Story opened up in 2019 next to coffee cafe Buutvrij. Flipped Story serves Asian food, and is the first of its kind in Tilburg. As far as I know they’re the only place in Tilburg that serves bubble tea and bubble waffles. There are also many savory dishes on the menu of Flipped Story. Most of them are inspired by dishes from China or other Asian countries.

Some new hotspots in really make you more proud of your city. Doloris is one of them. Partly because its one of a kind meta maze, and partly because its rooftop bar. The meta maze is a truly unique experience that you just have to do as soon as you can. You can reward yourself with some Asian street-food bites at the rooftop bar and restaurants afterwards.
Click here to read more about Doloris in Tilburg.

Click here for all vegan food spots in Tilburg.

They started as Restaurant Mood earlier this year, but due to a difficult restaurant owner in Eindhoven they were forced to change their name. We don’t really mind because no matter what the name is, chef Willem and maitre Nonja will make sure you’ll have a delicious lunch or dinner served with a smile.

You might know bakery shop Backwerk from Germany, but they also have shops in the Netherlands. I remember that a Backwerk opened up in Nijmegen years ago when I still lived there. As of 2019 there’s also a Backwerk in Tilburg. It’s great for a quick lunch (on the go). Germany has a famous bread culture, so you know that the quality is good!

Argentina is an Argentinian restaurant located in the Voltstraat. They’re mostly known for their take-out spare-ribs, burgers and steaks.

Gastrobar Rix is one of my favorite new restaurants of 2019 in Tilburg. They’re located on the Piusplein, where Thrill Grill used to be. You can get an original lunch here or a culinary dinner.
Click here to read more about Gastrobar Rix.

Speaking of favorites, Vegan Heroes absolutely belongs in that list as well! This food stall at Bank15 serves vegan junk food. From plant-based burgers to vegan loaded fries; Vegan Heroes has got it all. They opened up in Eindhoven a few months earlier before they became popular in Tilburg as well. Their pink buns are very Instagrammable, the Beyond Meat patty tastes just like meat and the vegan cheese is the best Cheddar you’ve ever had.
In 2019 two more food stands opened up at Bank15: Gloria’s Tapas and Canthino Brasil.

Xu Noodle Bar also opened up in Eindhoven first before opening up in Tilburg as well. You can find this noodle restaurant with a beautiful interior on the Heuvelring. From Noodle Soups to Fried Noodles; Xu Noodle Bar knows how to prepare noodles for every taste.

Finally a healthy, vegetarian-friendly take-out opened up in the city center of Tilburg. Where Eetwinkel Verzot serves the North side of Central Station, Food Atelier serves the area South of the train station. Every week they’ve got a different menu but it’s always vegetarian and often low in carbs. They’ve got quiches, salads and soups and often two main courses. Although the quiche is also quite filling and could be a main course, especially if you take one of the healthy sweets for dessert. Food Atelier opens up in the afternoon to serve your healthy take-out dinner. You can find it at the ‘vijfsprong’ opposite Buutvrij.

I was quite sad when Italian restaurant L’Olivo closed. It was a classic on the Korte Heuvel that had been around for years. Luckily the owner opened up a restaurant right across the corner from our new house called Babbo Pinsa Romana en Wijn. As one of the firsts in the Netherlands they serve Pinsa Romana at Babbo. Pinsa Romana is a slow-food dish from the Roman times. It looks a bit like a pizza and you can order them with all kinds of toppings at Babbo.

Ferris Foodbar has opened up at the Heuvelring and transformed the premises completely. With green velvet chairs, round sofas, golden details and many silk plants it gave the place a whole new look. Ferris Foodbar is great for people who want to go out for a drink and a bite to eat. They have an extensive drinks menu with over 10 different kinds of Gin-Tonics. Food wise they serve small shared dining dishes. They’ve got meat, fish and vegetarian dishes and some nibbles to go with it like avocado fries.

Saté Kid is an old name in Tilburg. They used to have a restaurant at the Oude Markt. After being absent for years they came back and opened up at the Lieve-Vrouweplein near the Korvelseweg. There are a few tables, but it’s mostly popular for take-out or deliveries. As the name suggest they sell dishes with saté sauce, the famous Indonesian peanut sauce. They also have vegetarian and even vegan options. And it also has many gluten-free options.

Officially Koffiebakkers isn’t located in Tilburg but in Goirle. But as it’s only a 15 minute bike ride from the city center of Tilburg to Koffiebakkers, I’ve included to this list as well. It’s worth the bike ride by the way. Check out this delicious sandwich for example, and then I haven’t even talked about the cakes they serve.

I’m so happy with all these new restaurants in my hometown Tilburg! Unfortunately there are also some great restaurants that closed in 2019, like Sorry Not Sorry, Tarte Tatin, Jamies Pizzeria and De Groene Chef. Although the latter doesn’t have a restaurant anymore but still organizes all kinds of activities and vegan catering.

Missing a new restaurant in this list? Let me know in the comments!

Besides all the new restaurants that have opened up in 2019, I also have many favorites that have been around for a longer time.
Click here for all my food favorites in Tilburg.